During Arts Week, we are lucky enough to have world class Artists, some of whom are leading figures in their field, giving our students on-line courses and masterclasses. These will inspire our students and provide them with some new skills that will enhance their future artwork and coursework. 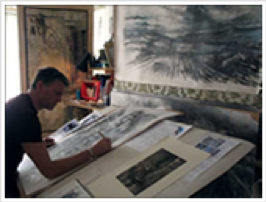 An artistic career path was always likely for Ian Murphy after completing a strong Fine Art and Art & Design A level programme and a Foundation course in his home town, before moving on to complete a BA (Hons) degree in Fine Art, Painting and Printmaking. Graduating in 1985 with 1st class honours from Sheffield (now Hallam University) was testimony to his hard work and endeavour during this period of his life, and his desire to extend his ideas and practices as far as possible. Young students often ask at what point do you become an artist and the answer always points back to the early educational years.

Drawing, and the need to discover visual experiences in the outside world, has always been at the forefront of Ian Murphy’s practice and is certainly something that he acknowledges started in those formative years: without doubt completely inspired by the northern industrial landscape that surrounded him.

Coupled with his single-minded approach to the development of his paintings, Ian Murphy continued his quest to exhibit in the professional arena and secured his first gallery residency immediately after graduation. Inclusion in the national ‘British Young Contemporaries’ in London gave him the taste for an artistic career, which was quickly followed by sales and commissions for his atmospheric work. Group exhibitions and collaborations are always the best way to get things started for young artists and exhibiting in such shows as ‘Generations Apart’ and ‘Piranesi’s Prisons’ established this trend in forthcoming years. His first solo exhibition ‘Ian Murphy, Drawings and Paintings’ proved immensely popular, cementing his arrival on the artistic circuit, and setting in motion the creation of a fan base for his work.

The Art Department has a working relationship with the artist Ian Murphy. He visits Tanglin annually to run drawing/painting workshops. One element of this partnership is free access to his plethora of on-line videos, tutorials and artworks. We shared these on-line resources with students in Arts Week. Some students had attended his workshops previously so it was a refreshing reminder of the techniques he uses and his passion for drawing. 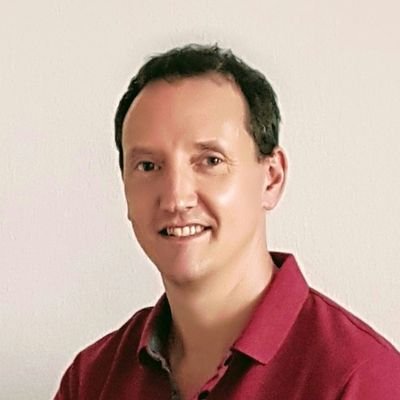 As an early adopter of technology for content creation on Web, Film, Games and TV, Ben is a published feature writer, online course developer and presenter at numerous conferences and masterclasses at industry events.

Ben’s completed his Master’s Degree in Creative Producing at the UK National Film and TV School which focused on Story Development, Production Management and Talent Development.

For relaxation and escape, Ben likes exploring, learning and long distance running (he was a pacer at the Singapore Marathon).

During Arts Week, students from Y10, Y11 and Y12 worked with BAFTA Winning filmmaker Ben Lock. Ben has worked for Lucasfilm, Aardman, Industrial Light and Magic and Framestore on films such as Ready Player One, The Force Awakens and video games such as Tiny Planets. He shared ideas on how to develop film ideas into screenplays and how to manage production and post production effectively. Using Teams, students worked collaboratively and creatively, and by the end of the session came away with a number of planning and pre-visualisation strategies that they can apply to their own coursework.

Max McMurdo is a designer, author and TV presenter, you may recognise his creations from shows such as BBC’s Dragons' Den, CH4’s Amazing Spaces, Fill your house for free, Find it, Fix it, Flog it, Mortgage Free on Netflix, Nat Geo's Machine Impossible and most recently ITV’s 10k Holiday Home.

Visit his website for more information, or to view his past projects. 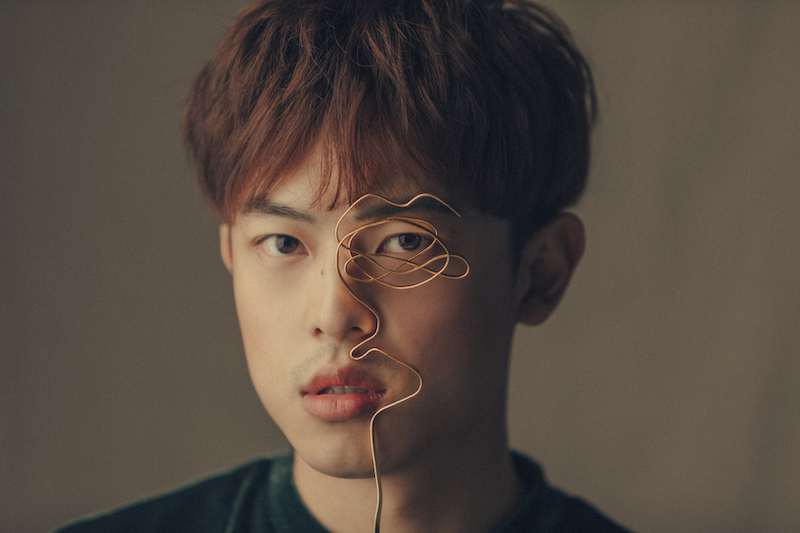 Born in Australia raised in Singapore, Dru is a gifted music professional with a strong background in audio production, composing, performing, and education. As a Warner recording artist and songwriter with Universal Music Publishing, Dru has worked on major-label releases across soul, r&b, pop and rock genres. As a composer, Dru has scored the music for worldwide advertising campaigns including HSBC, Citibank, and McDonald's. With his classical upbringing, contemporary singer-songwriter experience, and degree in Music Technology, Dru brings a versatile set of skills which makes him a valuable asset to any musical project.

Dru Chen gave our Year 11 and 12 Music students 4 online masterclasses throughout Senior Arts Week. During the sessions Dru critiqued work that students have completed for their IGCSE or IB courses, giving practical tips on how to structure music, developing ideas and getting the most from music software. The sessions were delivered through MS Teams from Dru’s home, which enabled students to work with Dru in real-time and to ask questions throughout the sessions. Dru was very impressed with the quality and breadth of the work of our Senior Students and was able to share some of the production secrets used by top artists such as Dua Lipa, Beyonce and The Weekend as well as Dru’s own successful productions for Universal Records. 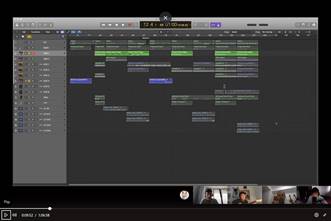 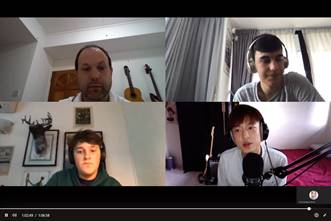 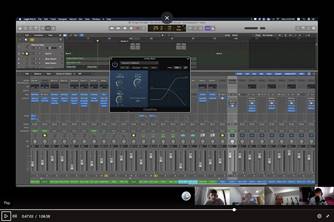 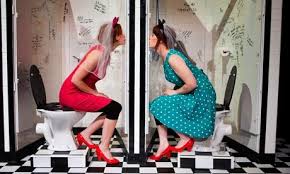 The Paper Birds is a devising theatre company, with a social and political agenda. We are recognised as UK leaders in verbatim theatre. We’re artists, investigators, entrepreneurs, educators. We pride ourselves on taking complex, multi-faceted subjects and making them accessible. We have an artistic programme and a creative learning programme and nurture both equally.

Our vision is to provoke change, one encounter at a time. Our mission is to be quiet rebels, amplifying the voices of everyday people. We inspire change through the theatre we create.

We are story collectors. We spend time in communities, listening to personal experiences. The words of the people we meet form the backbone of our shows, giving voice to the voiceless, painting powerful and very human alternative social commentaries. Our desire to listen, to understand and then ‘give voice’ means not only making space for the under-represented and the misunderstood, but also that our shows explore voices from all walks of life. We aim to do this in breathtaking theatrical fashion. 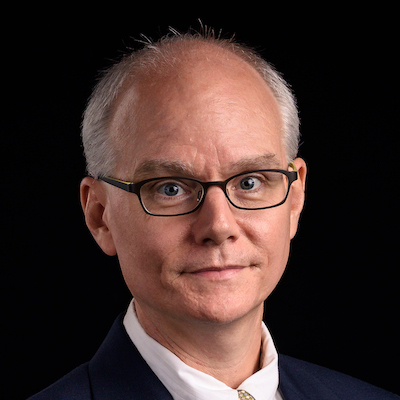 Peter Ivan Edwards is a composer who utilizes sound as a means to articulate energy, shape, narrative, and perspective in his music. He is fascinated by the ways that computer-assisted and algorithmic means can be used as a creative tool for artistic experimentation and development of his music. His works have been performed at festivals including Darmstadt Summer Courses (Germany), MATA Festival (New York), Donaueschinger Musiktage (Germany), Wien Modern (Austria), and June in Buffalo (New York) by numerous performers and ensembles including Ensemble Interface (Frankfurt), Ensemble SurPlus (Freiburg), Ensemble Chronophonie (Freiburg), Ensemble Ascolta (Stuttgart), Ensemble Selisih (Freiburg), handwerk (Cologne), Ensemble Phoenix Basel, red fish blue fish (San Diego), amongst others. Edwards is also active as an improviser, performing on electronic instruments with the experimental groups Ang Mo Faux (2008-2013) and Zero Crossing (2013-present). His music is available on NEOS Music, Albany Records, and Palace of Lights.

Edwards was born in New York and studied composition at Northwestern University; the University of California, San Diego; and the Folkwang Hochschule in Essen, Germany. His principal composition teachers were Chaya Czernowin and Nicolaus A. Huber. 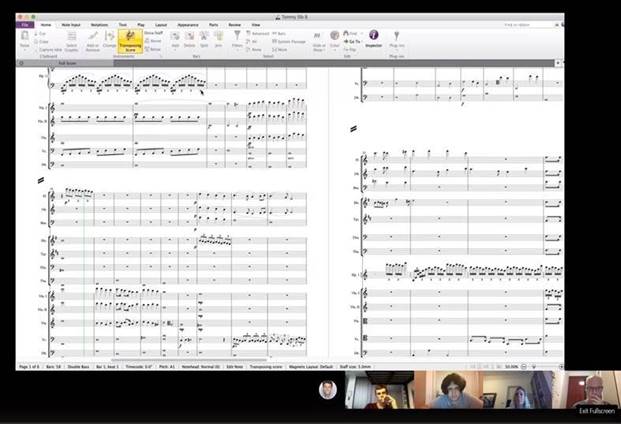 Professor Peter Edwards, Head of Composition at Yong Siew Toh Conservatory of Music, gave six of our IB and A Level Music students invaluable feedback on their compositions during a series of online workshops in conjunction with Arts Week. He also took them through some advanced compositional techniques referring to texture, advanced harmony, writing for larger ensembles and referred to some stylistic techniques used by composers such as Stravinsky and Dvorak. All students benefited immensely from the sessions and came away with a wealth of new ideas for composing and refining their skills.