The Sixty Minute War has ended Western Civilization as we know it. In this New World Order,  cities do not reside in one place. They are mobile! The great engineer Nikolas Quirke turned London into the first Traction City - a vast and sophisticated city that is cobbled together from bits of scrap metal and Old-Tech which prowls ready to devour smaller cities.

Recently, concern has surfaced that with a lessening of prey amongst the midgets, other mega-metropolises will try to devour London. Valentine, the Explorer brings back to London a piece of Old-Tech, known as Medusa, with ideas of recreating this ancient weapon of mass destruction. Valentine creates enemies such as the grossly disfigured Hester Shaw, whose parents he killed in his quest to obtain possession of Medusa.

Tom, a Third Class Apprentice of the Guild of Historians who happens to be in the wrong place at the wrong time, gets pushed down the waste chute after Hester Shaw because he may know too much about her. But neither Tom nor Hester Shaw are killed by their fall and they create an alliance in their efforts to survive! 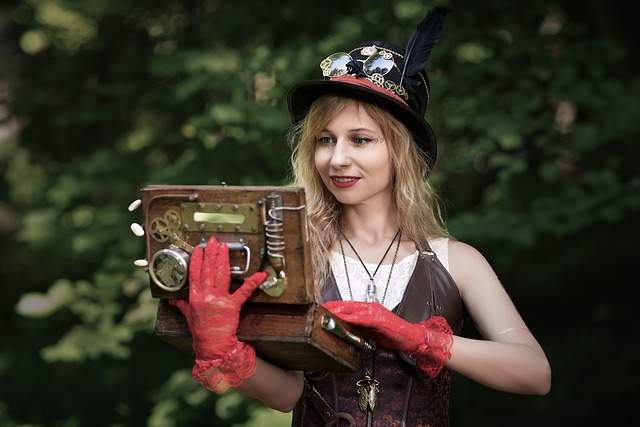 Find out more about Mortal Engines and Steampunk in the links below:

How well do you know the story and its characters? Take the quiz in the link below to find out!