The Yellow Wallpaper is a short story by American writer Charlotte Perkins Gilman.

It was first published in 1892 in The New England Magazine.  The story illustrates attitudes towards women's physical and mental health in the nineteenth century.

Explore the tabs above to find books, articles, websites and films which either adapt the story or are linked to the story in some way. 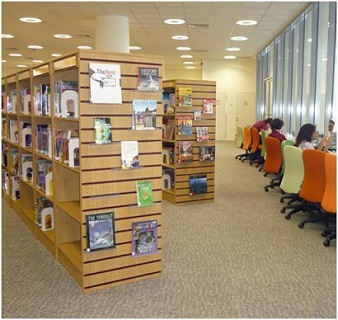 Credit for this Libguide - Suzanne Parfitt

This Libguide was originally conceptualized and created by Suzanne Parfitt, Astt. Librarian at Tanglin Trust School from 2009-2015.

It is maintained and updated by Senior Library Staff.

Abstract: The article examines feminist thing theory in the novel "Sister Carrie" by Theodore Dreiser. Bill Brown was the creator of thing theory for literary studies. It explores the symbolism of the two prominent objects in the novel, namely, Carrie's rocking chair and Hurstwood's safe. It discusses how Dreiser describes subjectivity in his novel

Abstract: Compares Charlotte Perkins Gilman's novella, `The Yellow Wallpaper' to Charlotte Bronte's novel `Jane Eyre,' by observing the significant resemblances Gilman's yellow room bears toward Bronte's treatment of elements in her red room. The parallelsbetween the rooms; The similarities between Bronte's John Reed and Gilman's John, the physician; Similarities in the names of characters.

The Fall of the House of Usher by E.A.Poe

Click here to access an article Haunted House/Haunted Heroine: Female Gothic Closets in “The Yellow Wallpaper”  which discusses the Gothic genre with particular reference to The Yellow Wallpaper.  It also comments on the writings of Edgar Allan Poe in this genre, including The fall of the house of Usher.