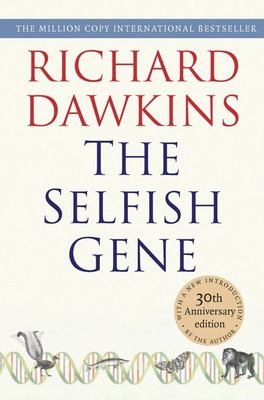 Professor Dawkins articulates a gene's eye view of evolution that not only brought the insights of Neo-Darwinism to a wide audience, but galvanised the biology community, generating much debate and stimulating whole new areas of research. 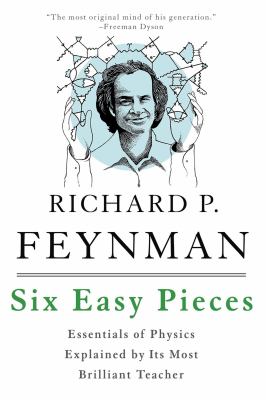 It was Richard Feynman's outrageous and scintillating method of teaching that earned him legendary status among students and professors of physics. From 1961 to 1963, Feynman delivered a series of lectures at the California Institute of Technology that revolutionized the teaching of physics around the world. Six Easy Pieces , taken from these famous Lectures on Physics, represent the most accessible material from the series. 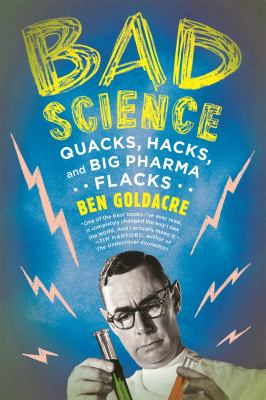 Have you ever wondered how one day the media can assert that alcohol is bad for us and the next unashamedly run a story touting the benefits of daily alcohol consumption? Or how a drug that is pulled off the market for causing heart attacks ever got approved in the first place? How can average readers, who aren't medical doctors or Ph.D.s in biochemistry, tell what they should be paying attention to and what's, well, just more bullshit? 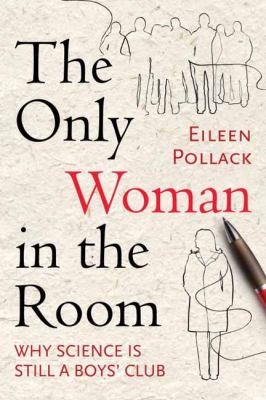 The Only Woman in the Room

In 2005, when Lawrence Summers, then president of Harvard, asked why so few women, even today, achieve tenured positions in the hard sciences, Eileen Pollack set out to find the answer. The Only Woman in the Room is a bracingly honest, no-holds-barred examination of the social, interpersonal, and institutional barriers confronting women-and minorities-in the STEM fields. This frankly personal and informed book reflects on women's experiences in a way that simple data can't, documenting not only the more blatant bias of another era but all the subtle disincentives women in the sciences still face. 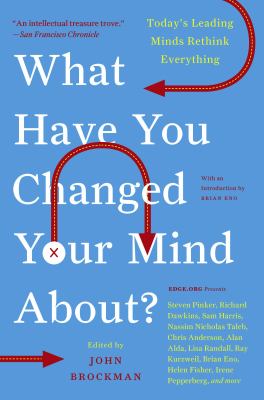 What Have You Changed Your Mind About?

Even geniuses change their minds sometimes. Edge (www.edge.org), the influential online intellectual salon, recently asked 150 high-powered thinkers to discuss their most telling missteps and reconsiderations: What have you changed your mind about? Steven Pinker on the future of human evolution * Richard Dawkins on the mysteries of courtship * SAM HARRIS on the indifference of Mother Nature * Nassim Nicholas Taleb on the irrelevance of probability * Chris Anderson on the reality of global warming * Alan Alda on the existence of God * Ray Kurzweil on the possibility of extraterrestrial life * . . . and many others. With the wit, insight, and spellbinding prose that have made his books worldwide bestsellers, Dawkins addresses the most important and compelling topics in modern science, from astronomy and genetics to language and virtual reality, and combines them in a landmark statement of the human appetite for wonder. 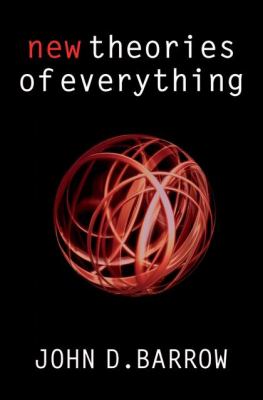 New Theories of Everything

Will we ever discover a single scientific theory that tells us everything that has happened, and everything that will happen, on every level in the Universe? The quest for the theory of everything - a single key that unlocks all the secrets of the Universe - is no longer a pipe-dream, but the focus of some of our most exciting research about the structure of the cosmos. But what might such a theory look like? What would it mean? And how close are we to getting there? In New Theories of Everything, John D. Barrow describes the ideas and controversies surrounding the ultimate explanation. 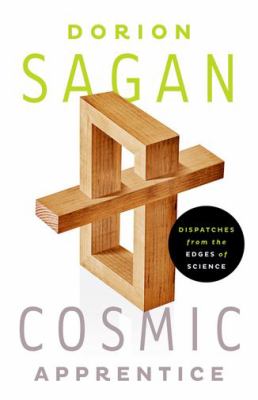 Guided by a capacious, democratic view of science inspired by the examples set by his late parents--Carl Sagan, who popularized the study of the cosmos, and Lynn Margulis, an evolutionary biologist who repeatedly clashed with the scientific establishment--Sagan draws on classical and contemporary philosophy to intervene provocatively in often-charged debates on thermodynamics, linear and nonlinear time, purpose, ethics, the links between language and psychedelic drugs, the search for extraterrestrial intelligence, and the occupation of the human body by microbial others. Refreshingly nonconformist and polemically incisive, Cosmic Apprentice challenges readers to reject both dogma and cliché and instead recover the intellectual spirit of adventure that should--and can once again--animate both science and philosophy.

Gravity is like a bowling ball sitting on a bed sheet; the atom is like a mini solar system, genes are selfish and the forces of evolution are blind...

We're familiar with the metaphors from school, from books and various science docs on the telly. But how accurate are these metaphors and could we find better ones?

Michael Rosen talks to science explainers across the country to find out how you get across ideas in science that are only properly expressed in highly technical language or in maths. Are they necessarily vague, even misleading, or are some just perfect for the concept they express. 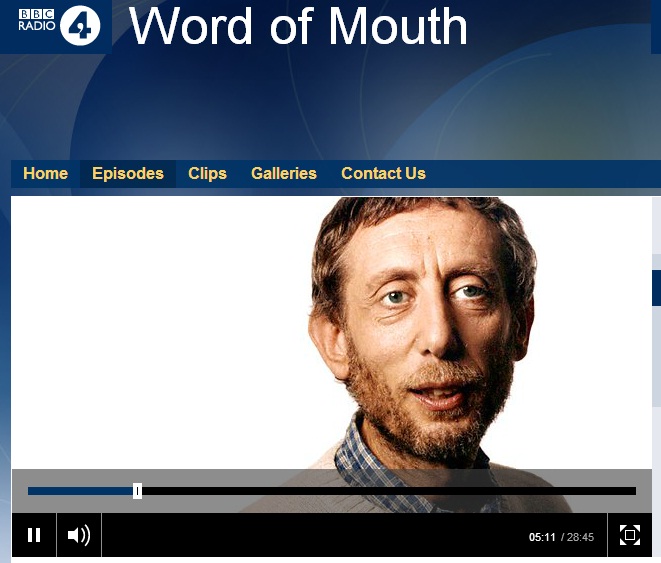 Science and pseudo-science - The natural science typically denotes ubjects like physics, chemistry and biology. What distinguishes a pseudo-science is that it claims the staus of science while lacking its substance.

Conjectures and refutations - A conjecture is basically an imaginative hypothesis.

Science and society - The natural sciences are an amazing area of knowledge for the understanding they have given us of the world in which we live. They work towards communal agreement on the justifications for their knolwedge claims regardless of who is doing the obnserving and reasoning.

How rational is science ? - According to Kuhn, the progress of science is not as rational as is sometimes thought.

The social context also plays a role in the development of science and it may determine a scientist's choice of problems and the questions he or she is willing to investigate.

Science and truth - Although scientific beliefs change over time, it could be argued that each new theory is closer to the truth than the previous one

Science and scientism - The success of science and technology has led people to make extravagant claims about the scope of scientific knowledge. According to the 'scientism' view, science is the only way we can make sense of reality and discover the truth.

Natural science and religion - Athough scientists as people have beliefes of all kinds, and may personally accept or reject religion, the natural sciences as an area of knowledge deal only with the material natural world.

The variability of scientists - the methodology of sharing knowledge in the natural sciences benefits from the variability of the human beings who take on research. Multitudes of individual scientists, with their own particular strengts, contribute to collective enterprise.

Science in action: chaos theory - This theory is in many ways a theory of order: it reveals a new kind of pattern within the turbulence of nature, which limits on the degree to which it can be predicted.

Changing theories - Given a theory's structural role in providing unified explanation of ideas, it has much in common with other perspectives on the world.

?? How can it be that scientific knowledge changes over time?

?? How can one decide when one model/explanation/theory is better than another?

?? What connotation does the word 'science' have for you? Are they positive, negative or mixed ?

?? How are scientists seen in popular culture, such as novels and movies? Are they generally seen has heroes or as villains?

?? To what extent do you find the in the sciences a refinement of simple curiosity about the world, such  as children possess as they ask about the stars or animals?

??  To what extent is contemporary science in fact built by numerous cultures of the past?

?? To what extent do you think astrology consists of genuinely testable propositions?

?? What truth, if any, do you think there is in the idea that older people are more conservative and suspicious of new ideas than younger people ?

?? How rational is science?

?? What role do metaphors play in science?

'All science is either physics or stamp collecting' - Ernest Rutherford

'As a matter of historical fact, the history of science is, by and large, a history of progress' - Karl Popper

'Science is a way of describing reality; it is therefore limited by the limits of observation, and it asserts nothing which is outside observation.' - Jacob Bronowski

'Science does not tell us how to live' - Leo Tolstoy

'When you cannot measure, your knowledge is meagre and unsatisfactory.' - Lord Kelvin