Resources in the library 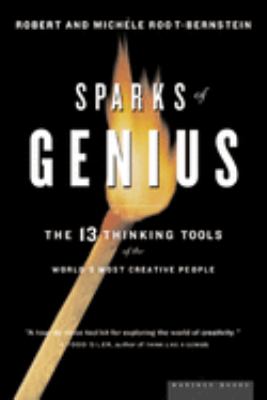 Sparks of genius : the thirteen thinking tools of the world's most creative people

Exercise your imagination and set off sparks of genius. In this mind-expanding book, Robert and Michele Root-Bernstein describe the "thinking tools" of extraordinary people, from Albert Einstein and Jane Goodall to Amadeus Mozart and Virginia Woolf, and show how you can practice the same imaginative skills to be your most inventive, at any time in your life. - British Library 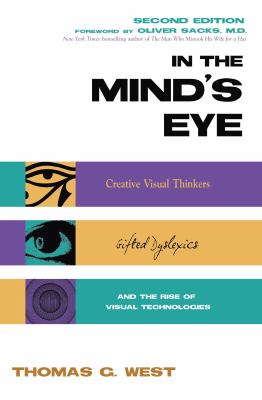 In the mind's eye : creative visual thinkers, gifted dyslexics, and the rise of visual technologies 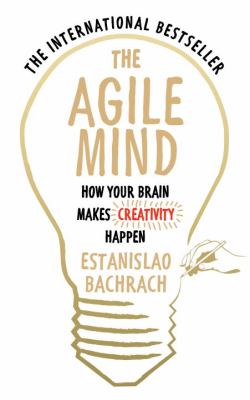 This book demystifies the preconceptions we often have about how our brains function to show how creativity really works, and how we can make it work even better. We used to think that creativity diminished through the lifespan, but we now know this is not the case. The brain can regenerate and continue learning until the last days of our lives.

Imagination is defined in a sense as the capacity to form a mental representation of something without the stimulus of sense experience.

Imagination as means of metaphysical apprehension - Plato attributed to imagination the metaphysical role of allowing human beings to bring to mind eternal forms beyond the world of the senses.

Treatments of imagination are grounded in culture and traditions of thought, and prompt rich and complex questions on how imagination actually works.

In daily life, imagination has a particularly prominent role in entertainment for example, fictional films or television programmes.

Imagination can take us into grim dystopias of the future or apocalyptic finales but also give us visions of hope to inspire us.

Imagination has the power, to give us hope, create alternatives, find solutions, and bring into reality the world that in the present is only in our dreams.

Imagination contributes to our discovery and invention, our images of the world dissolved and recreated, and our potent visions of possible futures.

?? What is the role of imagination in producing knowledge about a real world?

?? Can imagination give ourselves knowledge of ourselves and the world?

?? In what contexts is the subjective power of the imagination something to celebrate?

?? What is the role of imagination in the development of empathy for others?

?? Why might working well with other people demand a degree of imagination ?