Henry Purcell (1659–1695) is considered to be England's greatest composer of the Baroque era. Henry Purcell was dubbed the "Orpheus Britannicus" for his ability to combine powerful English counterpoint with expressive, flexible, and dramatic word settings. [source : classicFM] 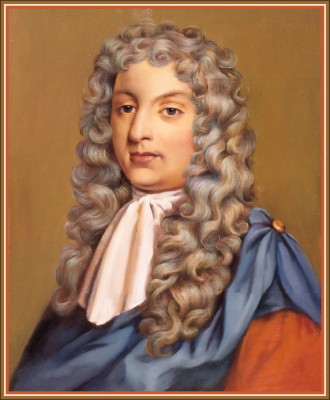 Born in London in 1659, Henry Purcell was the son of a musician in the retinue of Charles II, and it was royal service that was largely to be his world as well. By the time he was 10 he was a chorister at the Chapel Royal, and in 1673, when his voice broke, he became for a while an unpaid assistant to the keeper of the king’s instruments. [source : BBC.co.uk]

Like other English composers of the early Baroque period, Henry Purcell was not well-known outside his native country.  For non-British audiences, Purcell’s main claim to fame is his Dido and Aeneas, until recently considered the first English opera (meaning a fully sung work with no dialogue). [source : Music Academy Online]