The main characters in Virgil's Aeneid

Aeneas (uh-nee-us) Romans regarded Aeneas as the ancestor of Augustus — the emperor for whom Virgil wrote the Aeneid — and of the entire Roman state, since Romulus and Remus, Rome's legendary cofounders, were believed to be descended from the race of kings established by Silvius, Aeneas's son by his second wife, Lavinia

Dido (dy-doh) Unlike most female characters in the Aeneid, Dido is a strong woman who possesses heroic dimensions and a will of her own.

Juno (jyoo-noh) The queen of the gods and Jupiter's wife. As the Trojans's most powerful opponent, Juno strives to frustrate and delay the fulfillment of their destined mission to create a new home in Italy.

Anna (ahn-nuh) The warmhearted and impulsive sister of Carthage's Queen Dido, Anna has little importance as a character in her own right, but with her unwise counsel she initiates a series of actions and events that have overwhelmingly important consequences.

Ancient Troy - The city and the legend 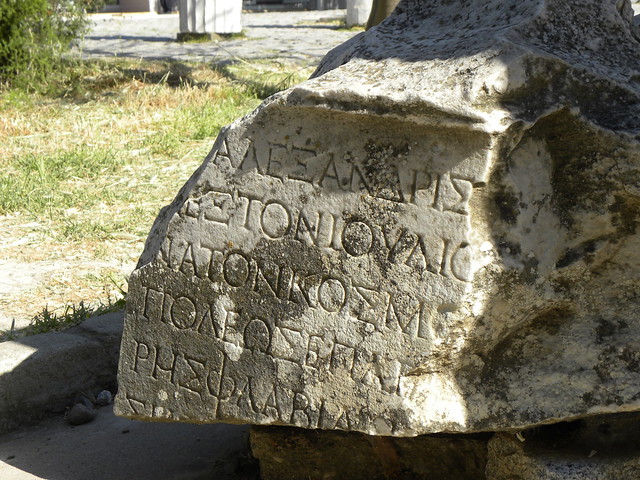 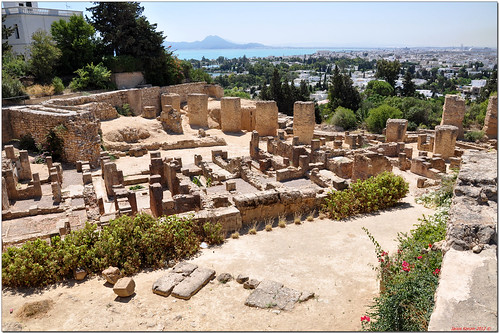 Key facts of the Aeneid [from Spark notes]

TIME AND PLACE WRITTEN  · Around 20 B.C., probably in Rome and in the north of Italy, and perhaps in Greece

DATE OF FIRST PUBLICATION  · Virgil died in 19 B.C., before he finished revising the Aeneid; it was published after his death.

NARRATOR  · The poet Virgil, although Aeneas himself assumes the narration in Books II and III, when he gives a retrospective account of his adventures

Impressed by Aeneas’s exploits and sympathetic to his suffering, Dido, a Phoenician princess who fled her home and founded Carthage after her brother murdered her husband, falls in love with Aeneas. They live together as lovers for a period, until the gods remind Aeneas of his duty to found a new city. He determines to set sail once again. Dido is devastated by his departure, and kills herself by ordering a huge pyre to be built with Aeneas’s castaway possessions, climbing upon it, and stabbing herself with the sword Aeneas leaves behind. [source:sparknotes]

Book 1 - The Trojans land near Carthage

Book 2 - Recounting the fall of Troy

Book 3 - The wanderings of Aeneas

Aeneid, Latin epic poem written from about 30 to 19 bce by the Roman poet Virgil. Composed in hexameters, about 60 lines of which were left unfinished at his death, the Aeneid incorporates the various legends of Aeneas and makes him the founder of Roman greatness. The work is organized into 12 books that relate the story of the legendary founding of Lavinium (parent town of Alba Longa and of Rome). The town is founded by Aeneas, who was informed as he left the burning ruins of Troy that it was his fate to found a new city with a glorious destiny in the West. [source : Encyclopedia Britannica] 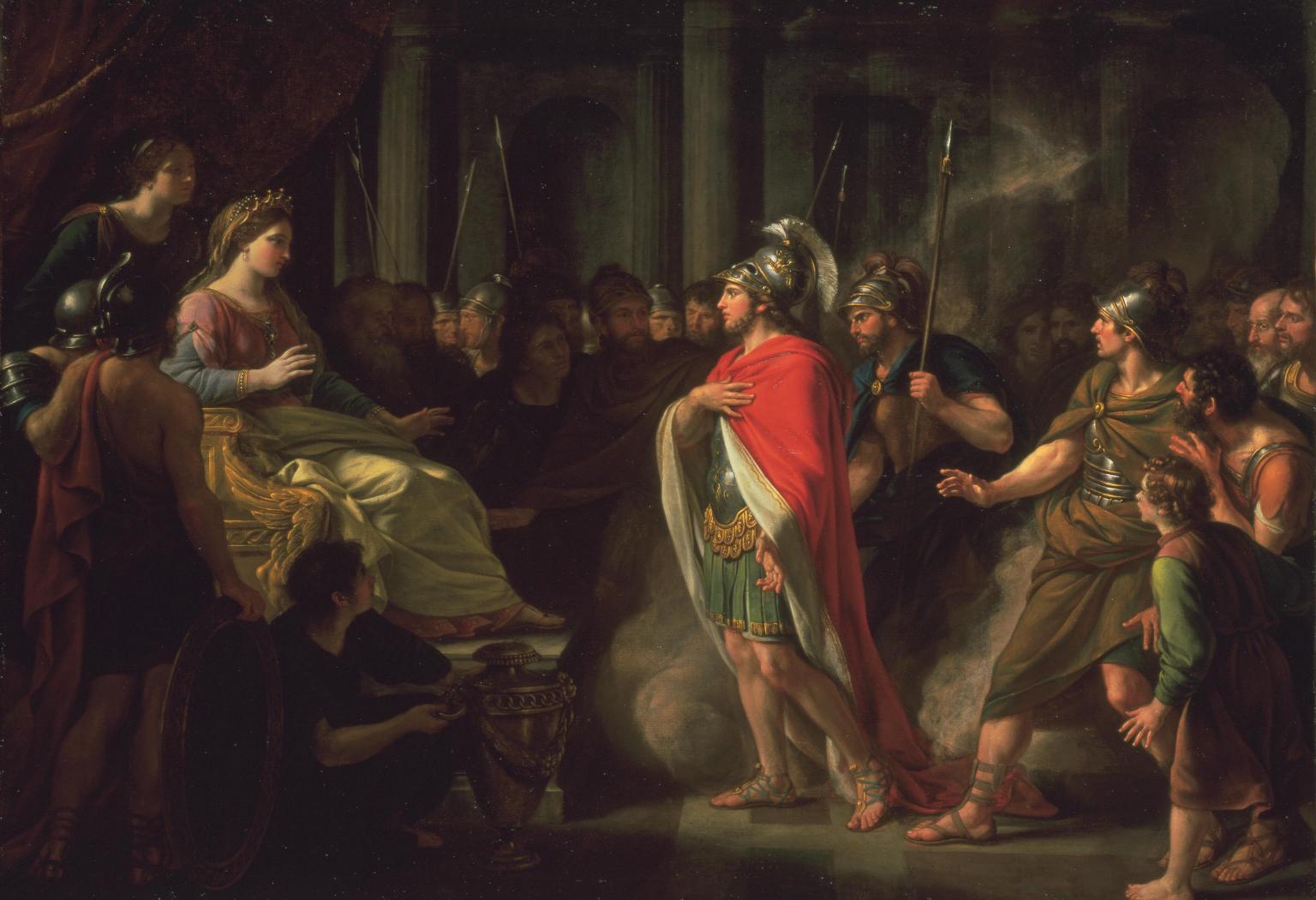 "Arms, and the man I sing, who, forc'd by fate,
And haughty Juno's unrelenting hate,
Expell'd and exil'd, left the Trojan shore.
Long labors, both by sea and land, he bore,"

" But anxious cares already seiz'd the queen:  She fed within her veins a flame unseen;  The hero's valor, acts, and birth inspire  Her soul with love, and fan the secret fire.  His words, his looks, imprinted in her heart,  Improve the passion, and increase the smart. "

from the The Aeneid by Virgil

Excavation site of Troy (in Turkey) 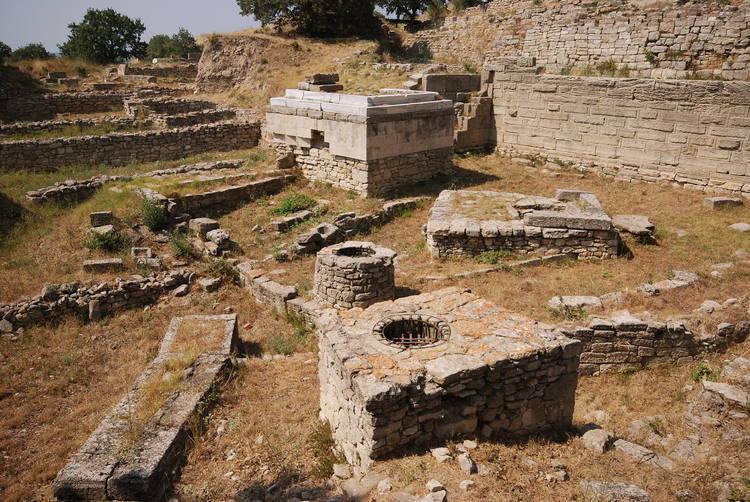 Ancient Troy commanded a strategic point at the southern entrance to the Dardanelles (Hellespont), a narrow strait linking the Black Sea with the Aegean Sea via the Sea of Marmara. The city also commanded a land route that ran north along the west Anatolian coast and crossed the narrowest point of the Dardanelles to the European shore.