Hans Christian Andersen (2 April 1805 - 4 August 1875) was a Danish author. Although a prolific writer of plays, travelogues, novels, and poems, Andersen is best remembered for his fairy tales. Andersen's popularity is not limited to children: his stories express themes that transcend age and nationality.

Andersen's fairy tales, of which no fewer than 3381 works have been translated into more than 125 languages. His most famous fairy tales include The Emperor's New Clothes, The Little Mermaid, The Nightingale, The Snow Queen, The Ugly Duckling, The Little Match Girl and Thumbelina. His stories have inspired ballets, plays, and animated and live-action films.

This libguide includes more information on two of Hans Christian Andersen's Fairy Tales, The Princess and the Pea and the Emperor's New Clothes.Click on the links below to find out more about these two fairy tales. 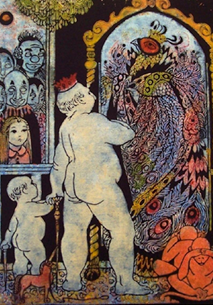