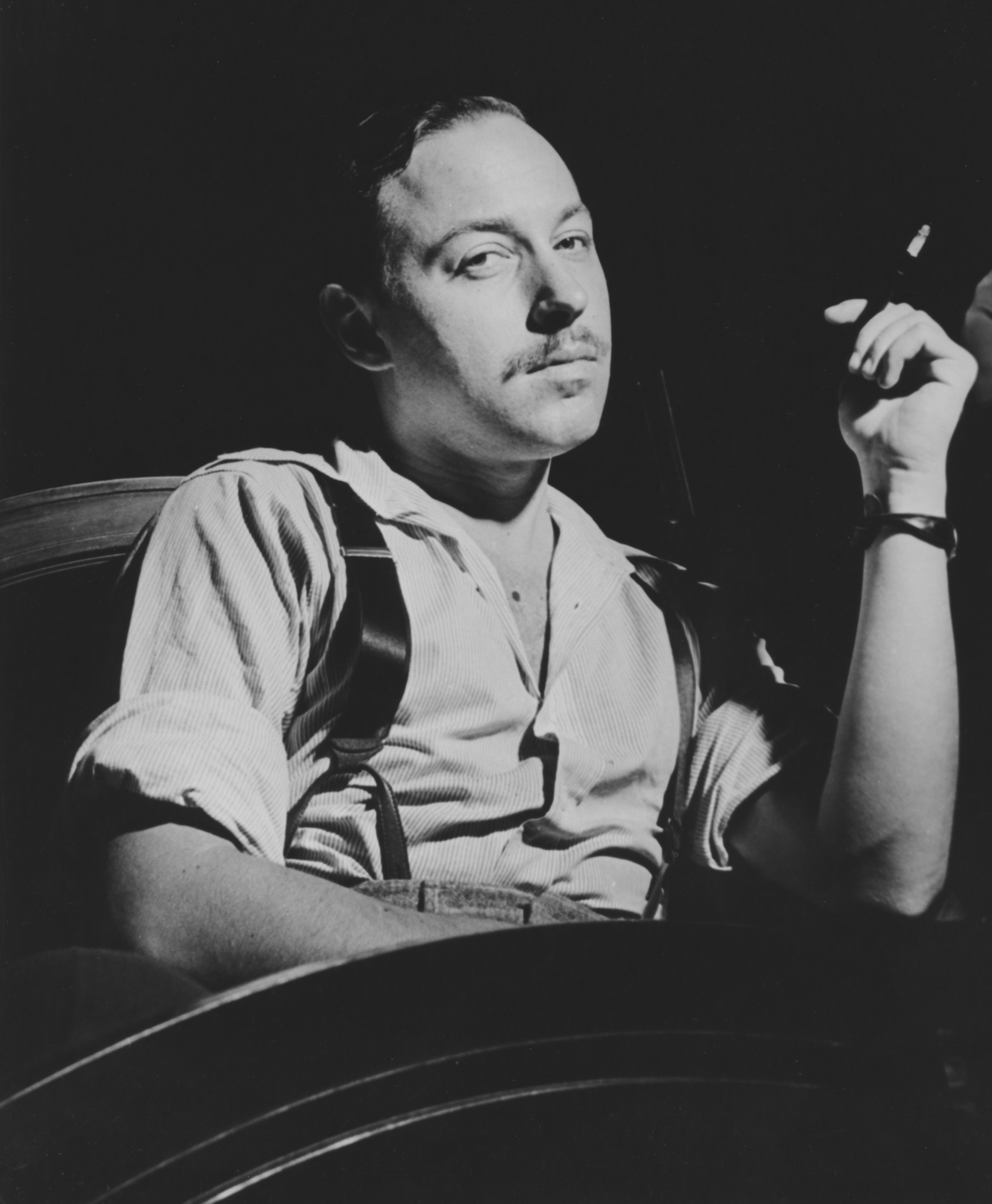 Tennessee Williams (1911 - 1983) is widely regarded as one of the greatest playwrights in American history. Between the mid-1940s and the early 1960s, he wrote several award-winning plays, including The Glass Menagerie, A Streetcar Named Desire, and Cat on a Hot Tin Roof. Known for gritty characters and heartbreaking themes, these plays combined poetic language with dramatic flair and are recognized today as American classics.

For example, in The Glass Menagerie and A Streetcar Named Desire, Williams uses the archetype of the southern belle but subverts this archetype by giving the women in his play grotesque or flawed qualities. Many of the major themes of A Streetcar Named Desire are embodied in the history and culture of New Orleans. The lively setting of the French Quarter, with its streetcars, bars, entertainment, and jazz and blues music, provides a rich background for the emotional events of the play; the setting also draws symbolic attention to changes which were taking place in American society, especially in the South during the post-World war II years.

On a more general level, the play represents the decline of the aristocratic families traditionally associated with the South. These once-influential families had lost their historical importance when the South's agricultural base was unable to compete with the new industrialization. The region's agrarian [farming] economy, which had been in decline since the Confederate defeat in the Civil War, suffered further setbacks after the First World War. A labor shortage hindered Southern agriculture when large numbers of male laborers were absorbed by the military or defense-based industries. Many landowners, faced with large areas of land and no one to work on it, moved to urban areas. With the increasing industrialization that followed during the 1920s through the 1940s, the structure of the work force evolved more radically yet, incorporating large numbers of women, immigrants, and blacks. Women gained the right to vote in 1920 and the old Southern tradition of an agrarian family aristocracy ruled by men started to come to an end. On this day in 1947, Marlon Brando's famous cry of "STELLA!" first booms across a Broadway stage, electrifying the audience at the Ethel Barrymore Theatre during the first-ever performance of Tennessee Williams' play A Streetcar Named Desire.

The 23-year-old Brando played the rough, working-class Polish-American Stanley Kowalski, whose violent clash with Blanche DuBois (played on Broadway by Jessica Tandy), a Southern belle with a dark past, is at the center of Williams' famous drama. Blanche comes to stay with her sister Stella (Kim Hunter), Stanley's wife, at their home in the French Quarter of New Orleans; she and Stanley immediately despise each other. In the climactic scene, Stanley rapes Blanche, causing her to lose her fragile grip on sanity; the play ends with her being led away in a straitjacket.

Disturbed Blanche DuBois moves in with her sister in New Orleans and is tormented by her brutish brother-in-law while her reality crumbles around her...the story as a film and more details at IMDB.

The initial Broadway cast is almost as famous as the play for one big reason: Marlon Brando( whom we know as the Godfather). Virtually an unknown at the time of the play’s casting, Streetcar propelled this young star to big-time fame after the Broadway production was converted to a blockbuster movie in 1951. The only change from the Broadway cast was the role of protagonist Blanche DuBois, given in the film to then-famous Vivian Leigh (Scarlett from Gone with the Wind).