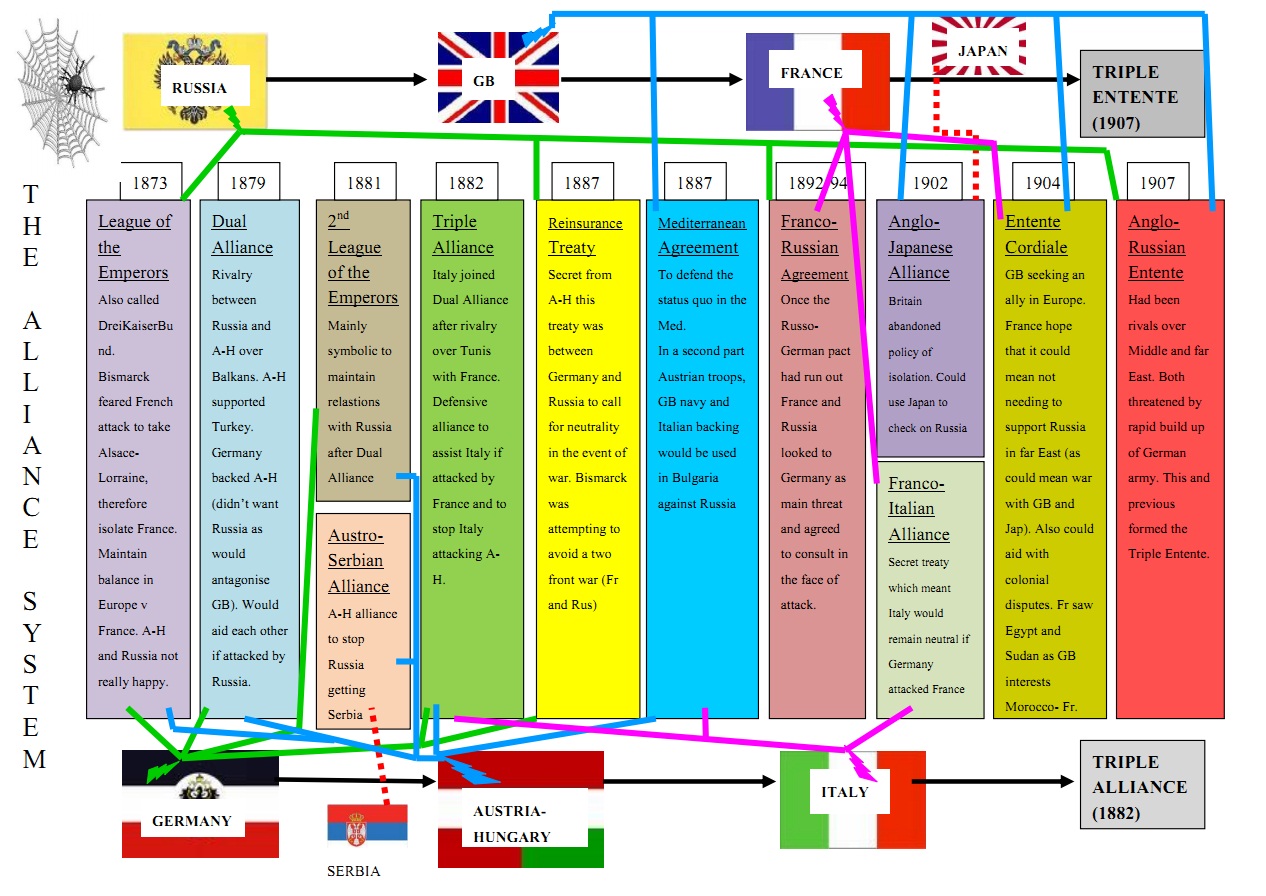 Was World War I inevitable even before the events of Summer 1914?

How important was nationalism as a cause of World War I?

What caused the outbreak of war in 1914?

Of both the long and short term causes of the First World War, which are the most important and which the least?