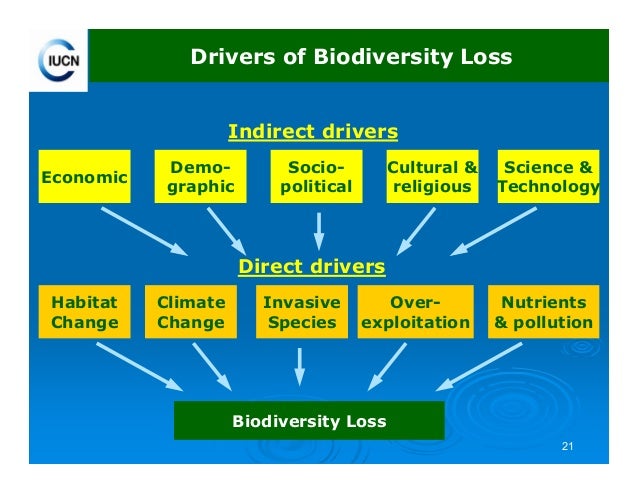 Human activity is important because it can modify the nature environment, with both detrimental and positive impacts.

Biodiversity is the variety of different forms of life within an ecosystem. A complex and species-rich ecosystem is considered healthy and desirable. The Earth, a global ecosystem, has remarkable biodiversity with many millions of species that are the result of billions of years of evolution. There has been a remarkable loss in global diversity over the last 200 years due to human activity and it has been predicted that climate change will result in the extinction of thousands of species over the next 50 years.

Sustainability requires the careful management of the world's resources so that future generations can continue to benefit from and enjoy them as we do today. Sustainable development involves the management of resources in such a way that the ability of the system to replace itself is greater than the level of exploitation.

Environment issues have become more important politically in recent years at both global and national scales, and sustainable management of fragile environments to protect biodiversity is vital. Many global agreements have been passed to help ensure biodiversity, such as the treaties signed at the Convention on Biological Diversity in Rio de Janeiro 1992, United Nations Framework Convention on Climate Change in Kyoto, 1997 and at the World Summit for Biodiversity in Johannesburg in 2002.

The Heart of Borneo is the largest contiguous rainforest in Asia. Home to 6% of the world's biodiversity, it sustains the local economy and human welfare. However, rapid deforestation from logging, mining and palm oil production are a significant threat.

In February 2007, the governments of Brunei Darussalam, Indonesia and Malaysia signed the Heart of Borneo (HoB) Declaration which commits the three governments to a single conservation vision to ensure the effective management of forest resources and conservation of a network of protected areas, productive forests and other sustainable land uses in the upland HoB. The major partners in this process are the local and national government, in particular the agencies involved in land use planning, but the participation from the industrial sector (timber, oil palm, mining) is considered crucial.

In support of this initiative, other partners such as ADB, the Global Environment Facility, WWF and the Forest Investment Program are working to improve forest management and encourage sustainable business practices. The project will bring over 1.36 million hectares of protected forests under effective management.

HoB is a prime example of a coordinated transboundary approach in which a green economy vision—as outlined in the HoB Declaration—is being transformed into reality. However, urgent action is still required by governments and other stakeholders, working in partnership. The cost of action is far less than the cost of inaction.

The Central Amazon Conservation Complex makes up the largest protected area in the Amazon Basin (over 6 million hectares) and is one of the planet’s richest regions in terms of biodiversity (200 species of mammals, 500 species of birds, 300 species of fish). It also includes an important sample of varzea ecosystems, igapó forests, lakes and channels which take the form of a constantly evolving aquatic mosaic that is home to the largest array of electric fish in the world. The site protects key threatened species, including giant arapaima fish, the Amazonian manatee, the black caiman and two species of river dolphin. The reserve has a sparse population living close to the rivers in small settlements. There are no roads or railways and the only means of transport is by boat.

Management of the reserve has three main functions:

To achieve the above, a zoning plan has been drawn up that defines four main types of area with different management strategies:

Some specific activities that are not be permitted on the reserve are hunting, fishing, extraction of wood or sand, starting of fires, carrying of arms, or possessing tools for wood extraction. Scientific research will be permitted only with the authorization of the environmental authority of Brazil, IBAMA.

The management of fragile environments 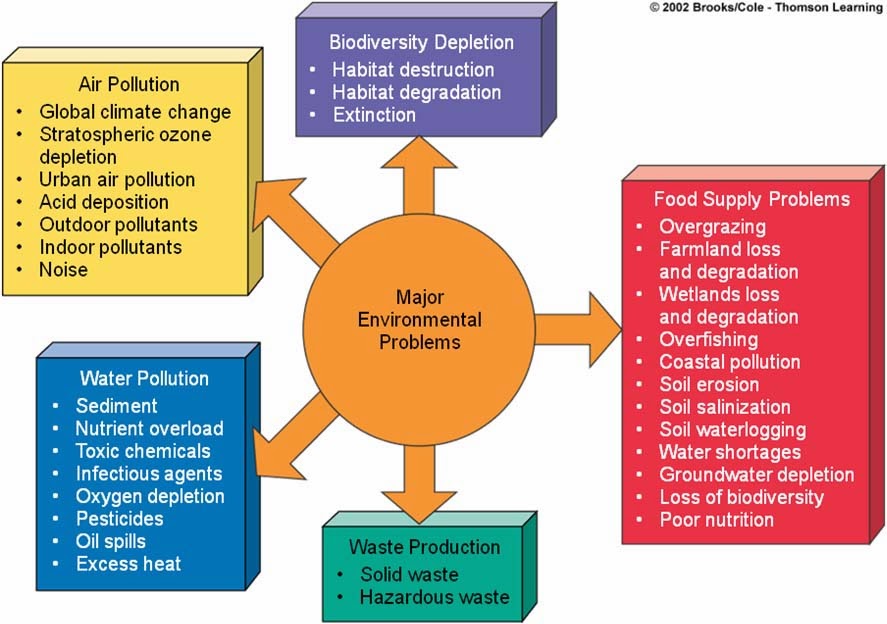 Human activity in its many forms, from deforestation and cultication to industrialisation and pollution, has put increasing pressure in terms of development (exploitation) on ecosystems worldwide. Protection schemes (conservation) aim to stop the overexploitation of fragile ecosystem by human activity in order to protect the environment and to maintain biodiversity. Managing fragile ecosystems often means to struck a balance between conservation and exploitation and the focus on the extent to which these processes can exist alongside each other.

Located in the north of Tanzania, close to the border with Kenya, the Serengeti National Park (14,763 km2) and the Ngorongoro Conservation Area (8,094 km2) together form a UNESCO Biosphere Reserve and are also designated World Heritage sites.

The Serengeti and Ngorongoro support the greatest large mammal migration on Earth, involving approximately 2 million wildebeest, zebra and Thomson's gazelle, accompanied by 7,500 hyenas, 3,000 lions and other predators.  The annual migration follows a 1,000 km circuit between key dry-season water points and grazing lands along the Mara river and short-grass pastures and calving grounds to the south in the Ngorongoro Conservation Area. The protected status of the areas ensures that the entire ecosystem used by the migrating herds is maintained in an ecological viable state. Rare and endangered species include cheetah, elephant, black rhino and hippo as well as 5 species of birds.

A number of conflicting groups want to use the area but also need to sustain the area so that it is still available in the future:

The ecosystem can only be conserved if these groups can find some compromises that favour long-term sustainability. It has been realised that local people will support tourism and wildlife conservation if they benefit economically from them. Recently local people are encouraged and have legal rights to make decisions regarding the management of the area.

The large size of Serengeti National Park and its location at the core of a trans-boundary complex of protected areas (which together cover most of the wider ecosystem) should ensure the long-term protection of its values. Tourism brings substantial financial benefits which provide employment and support management of Serengeti as well as other parks in Tanzania, but associated developments such as roads/airports/facilities building will require continued vigilance to ensure that carrying capacities are not exceeded for sustainable management.

Serengeti benefits from a strong policy and legislative environment which enables the Tanzania National Parks Authority (TANAPA) to raise and retain revenues from a rapidly growing number of visitors.  Funds generated at Serengeti (US$ 22.4 million in 2009/10) have been used to strengthen protection and management of the park. Although there are still some shortcomings this is one of the best managed parks in Africa, maintaining a high degree of ecological integrity.

Impact of Green Economy in Heart of Borneo

Try the following interactive map to compare the potential results from conventional business and Green Economy.