On this page, you can find resources for the following study topics 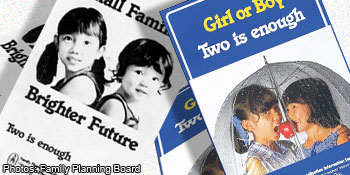 At time of independence in 1965, the island nation of Singapore found itself with a population of 1,887,000 and a growth rate of 2.5 percent a year.
To meet the goal of a two-child family norm and zero growth by 2030, government-sponsored mass media campaigns stressed family limitation and population education was introduced in the school.
The government  in  1969  introduced  fertility  disincentives.These  disincentives were increased in 1972.The disincentives included:
(1)escalating maternity delivery fees by parity;  (2)paid maternity leave for only the first two confinements;  (3)income tax deductions only for  the first three children;  (4)lower priority in choice of primary school for third and higher birth order children;  and  (5)no priority for larger families in allocation of government housing.
Read the full article in Population Research and Policy Review

Read what the people are saying 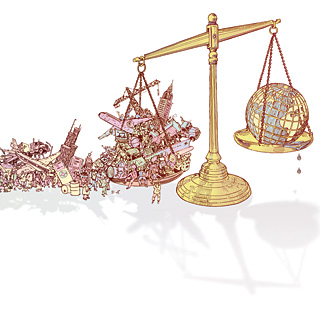 'Slowing the rise in human numbers is essential for the planet--but it doesn't require population control'.

Read the article from Scientific American to find out if "we can avoid limiting the number of people".

'Singapore has long been known for its use of social policies to influence fertility/reproductive behaviour. This began in the late 1960s/early 1970s and continues to the present, although the  demographic objective has changed from anti-natalist to selectively pro-natalist. The turning point came in the mid-1980s after about a decade of below-replacement level fertility.The impetus must have been the results of the 1980 census, which showed that the better-educated women were not replacing themselves while the lower educated “over-reproduced” '. In this article Mui Teng Yap describes Singapore's experiences with fertility and population policy.

Population planning and change in Singapore 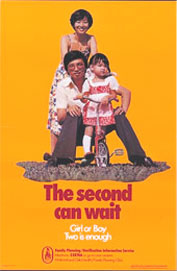 Population planning in Singapore has always been linked to economic planning. Lacking natural resources on an island 536 sq. kms in size, the physical carrying capacity was not large so that the government had to resort to careful economic planning to overcome this constraint. The "stop at 2" population policy of 1965-87 was designed to support the economic plans to improve the quality of life of the people. Read from this article by Peggy Teo of NUS, an analysis of the population policies adopted by Singapore over the decades. 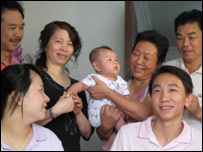 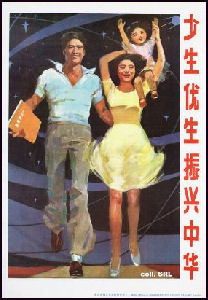 click on image to read from Facts and Details

The papers in this volume examine the  population policies in six East Asian economies as part of a larger project examining the links between population change and economic development in the most dynamic region in the world. The economies had varied approaches to population policy, but all achieved unusually fast fertility decline. Article examines the case of Japan,South Korea,Taiwan, Singapore, Thailand and Indonesia.