One of the great modern artists of Belgium, the painter and printmaker James Ensor ranks among the top exponents of Symbolism. He was also an important forerunner of Expressionism and Surrealism. Trained at the Brussels Academy, he worked most of his life in his native coastal town of Ostend. Read from HERE

The influences on his art

Ensor's parents ran four souvenir-curio shops in the seaside resort of Ostend catering to the English Channel-crossers as well as to the continental Europeans and peasants from the countryside. Ensor's childhood was spent idling away his time, roaming the dunes of the old port. His childhood was crammed full of strange objects.

Masks, ghosts and demons people his art in canvases that otherwise are bathed in gentle light and vibrant colors. Although the objects of Ensor's canvases are, for the most part, inanimate, they give the impression of having been somehow surprised in the midst of some diabolical activity.

Ensor was completely isolated in the hallucinatory world of his creation, an isolation that is revealed in his portrayal of the human figure behind a mask, which revealed all of his baser and more destructive aspects. His art is filled with images in which men exist only as phantoms or ghosts, eroded by death or contained in a peculiar experience of space-imaginary, shriveling into shallow areas, rushing again at a great distance as something new and monstrous.

From the VanGogh Gallery webpages

Entry of Christ into Brussels - described 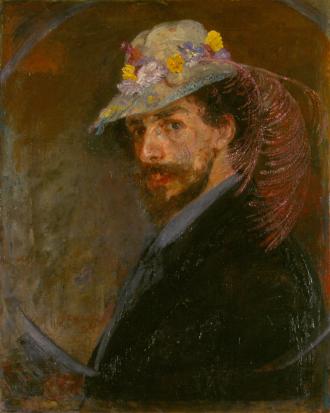 James Sidney Ensor (Ostend, 13 April 1860-19 November 1949) was the son of an English father (James Frederic) and a Belgian mother (Maria Catharina Haegheman). With an eye on obtaining the title of baron, only in 1929 did Ensor seek naturalisation. Up until that point he retained his father‘s nationality. 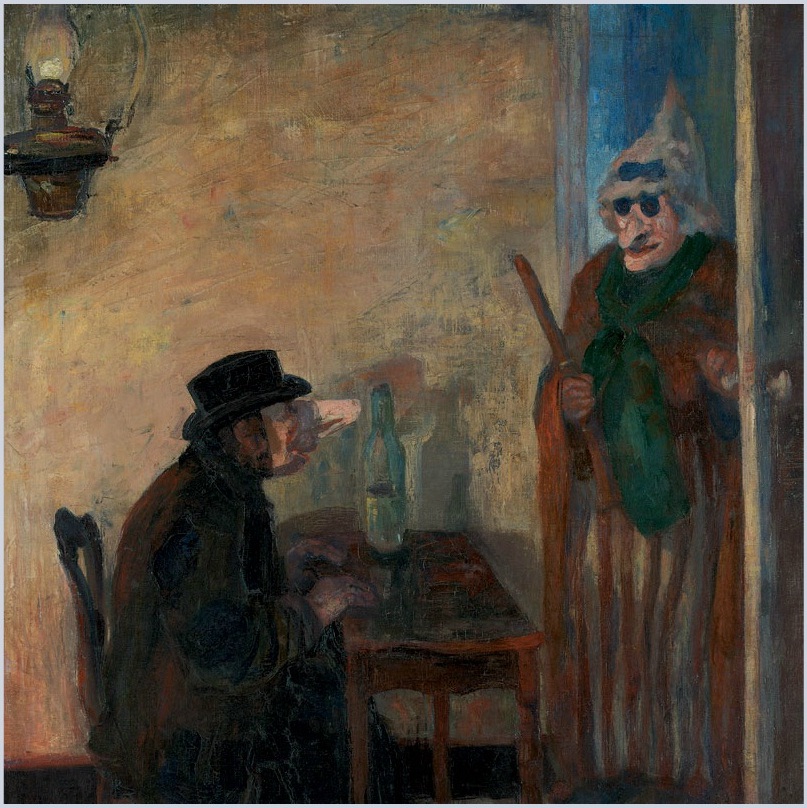 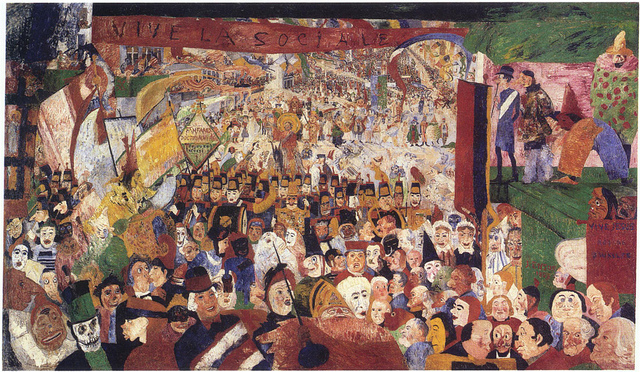 There's simply no way a little image on a computer screen can convey much of anything about a very detailed painting that measures 8.5-by-14 feet. But in the case of James Ensor's "Entry of Christ Into Brussels, 1889," maybe the name alone indicates just how provocative this very large painting is.

Barry Johnson of The Oregonian in this article describes the painting and the artist. 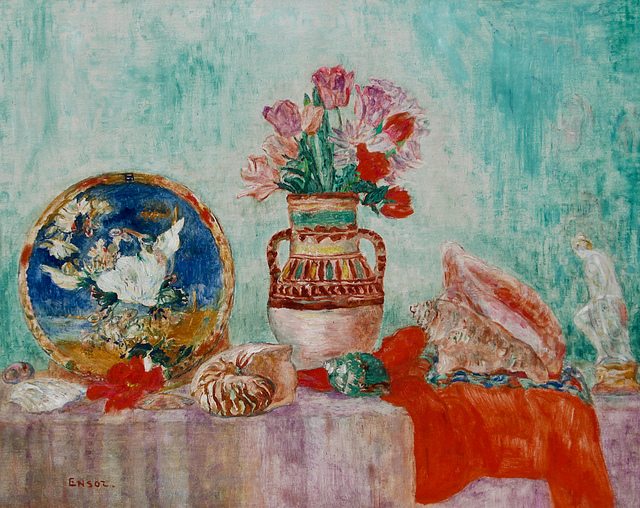 There are approximately 850 paintings known to be by the hand of James Ensor. From 1876 until 1883 and from 1889 until 1892, he was especially productive. After 1920 he worked with a renewed enthusiasm for 20 years. Between 1873 and 1941 not a year passed without him producing at least one painting. From 1881 until his death, Ensor participated in exhibitions in which he presented his work to colleagues, critics and discerning admirers. 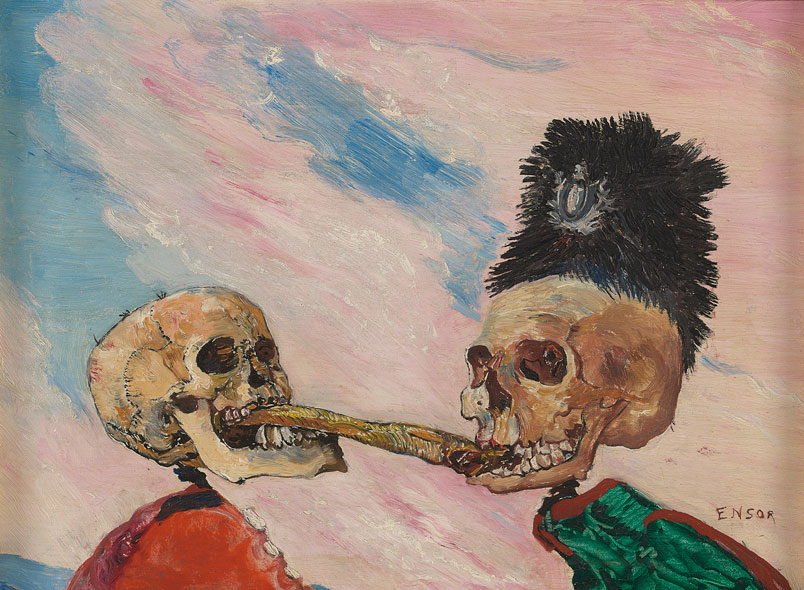 Skeletons Fighting over a Smoked Herring, 1891