By the end of this unit you should be able to answer:

Opposition to the Nazis 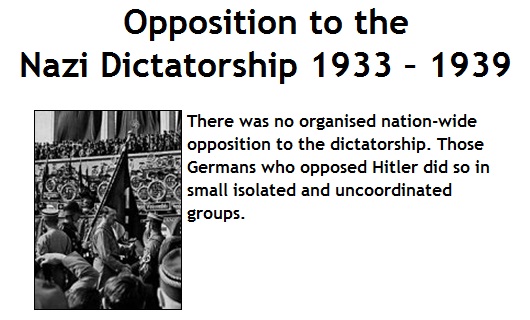 Why wasn't there a lot of opposition to Hitler? Many Germans lived in fear of the SS who could destroy peoples lives. As a result they were afraid to speak out. This fear of the SS along with censorship also prevented opposition from becoming organised. Such censorship also meant that people didn't know exactly what the Nazis were doing and what their plans were. The Nazi's for example didn't advertise that they intended to kill millions of Jews. If people did oppose Hitler, they often said nothing. The opposition that did exist, mainly unionists, communists and socialists along with people from the ethnic minorities couldn't get along with each other. Whilst they all had reasons to distrust or even hate Hitler, they had much the same distrust or hatred for other opposition groups. This meant that Hitler's henchmen could play these groups off against one another and keep them as tiny, underground organisations with no mass support.

Hitler had the constitution behind him: people could hardly say they hated a man that they had voted in! The nazi's were also very successful and Germany was turned around economically in the period 1933-1939. Jobs and food were the peoples main concern: and they'd accept the strong armed tactics to get them. (Hitler did drop some policies as a result of the peoples apparent dissatisfaction with them).
(Source: gcsehistory.org.uk)

The Begining of the Persecution of Jews in Germany

In the 1930s, Germany’s Jews – some 500,000 people – made up less than one percent (0.8%) of the German population. Most considered themselves loyal patriots, linked to the German way of life by language and culture. They excelled in science, literature, the arts, and economic enterprise. 24% of Germany’s Nobel Prize winners were Jewish. However, conversion, intermarriage, and declining birth rates, led some to believe that Jewish life was doomed to disappear from the German scene altogether. Read more...

Persecution of Jews in Nazi Germany

Groups of People Persecuted by the Nazis 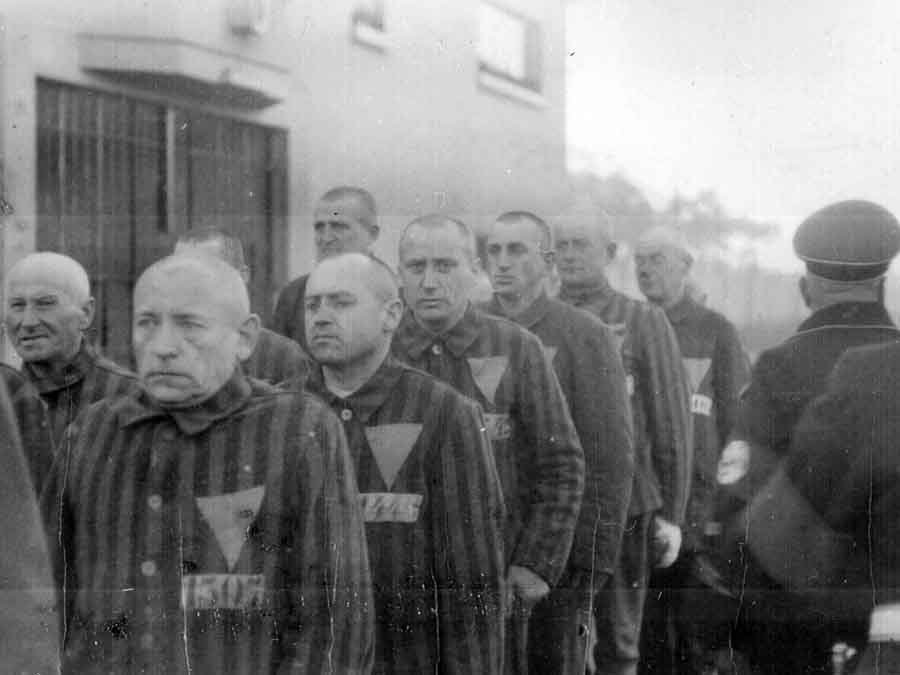 Persecution of the Gypsies (Sinti & Roma) 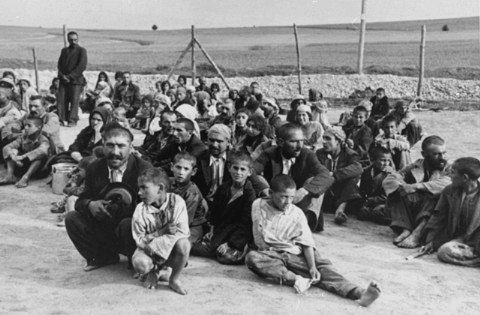 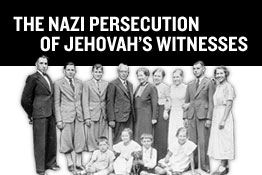