How and why was Hitler able to become Chancellor in January 1933? 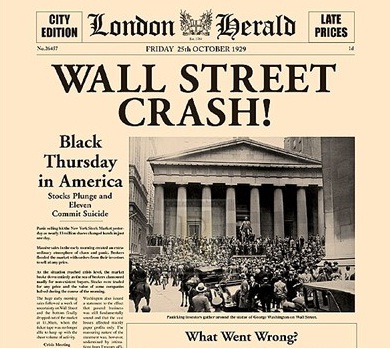 The German economy was especially vulnerable since it was built upon foreign capital, mostly loans from America and was very dependent on foreign trade. When those loans suddenly came due and when the world market for German exports dried up, the well oiled German industrial machine quickly ground to a halt.

As production levels fell, German workers were laid off. Along with this, banks failed throughout Germany. Savings accounts, the result of years of hard work, were instantly wiped out. Inflation soon followed making it hard for families to purchase expensive necessities with devalued money.

Overnight, the middle class standard of living so many German families enjoyed was ruined by events outside of Germany, beyond their control. The Great Depression began and they were cast into poverty and deep misery and began looking for a solution, any solution.

When the stock market collapsed on Wall Street on Tuesday, October 29, 1929, it sent financial markets worldwide into a tailspin with disastrous effects.

Video providing introduction to the key dates and events of the Weimar and Nazi governments. 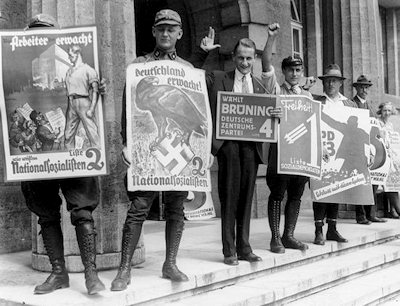 (Source of image: The History Place)

Germany was in the grip of the Great Depression with a population suffering from poverty, misery, and uncertainty, amid increasing political instability. For Hitler, the master speech maker, the long awaited opportunity to let loose his talents on the German people had arrived. 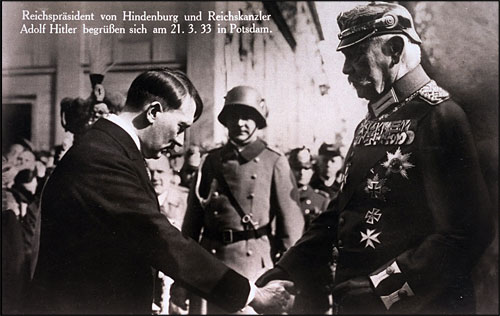 Recently appointed as German chancellor, Adolf Hitler greets President Paul von Hindenburg in Potsdam, Germany, on March 21, 1933. This pose was designed to project an image of Hitler as non-threatening to the established order. This particular image is from a popular postcard. The photo also appeared widely in both the German and international press. Hitler appears in civilian dress, bowing in deference to the heavily decorated von Hindenburg. The March 5, 1933, elections had conferred legitimacy on Hitler's leadership.

USHMM Collection, courtesy of B. I. Sanders

Hitler as a Chancellor 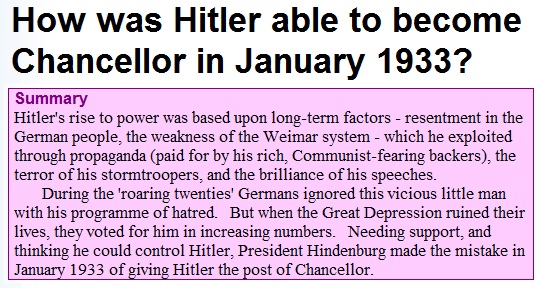 How did Hitler become Chancellor diagram 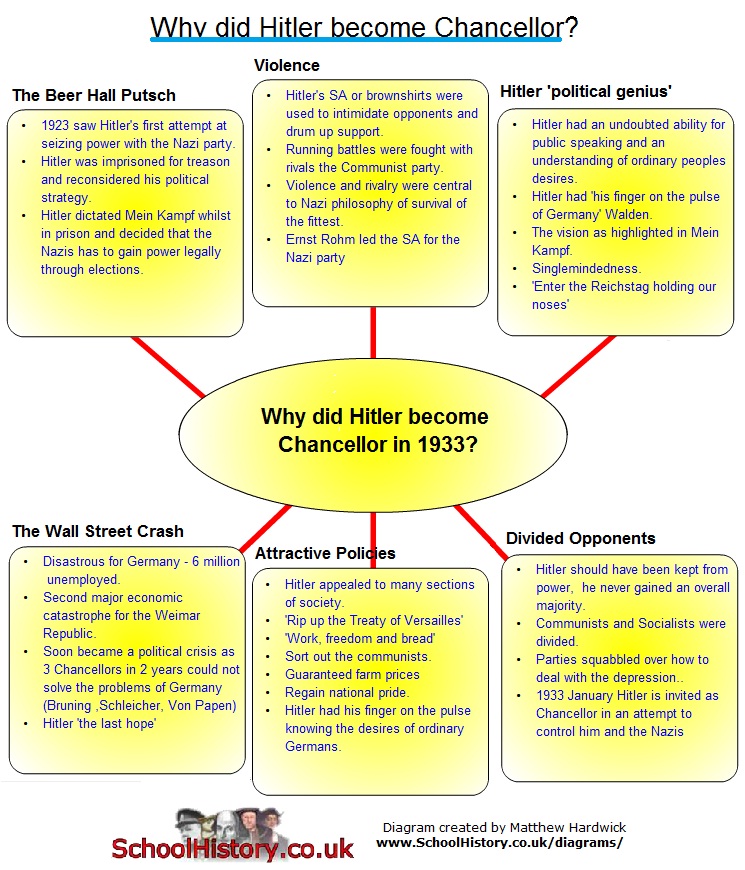