Where does e-waste end up?

How the Globe Feels About the Good Life

Citizens can always speak out against these companies and their negative effect on the environment. Without customers, these companies have no power. They will have to become "greener," just like Nestle is attempting to do to appeal to environmentalists.

Four-Part Series Examines Influence of Largest U.S. Employer. In a four-part series for Morning Edition, NPR News explores the rise of Wal-Mart, examining the company's low-cost philosophy, its impact on more traditional mom-and-pop retailers and its growing pains as Wal-Mart fights lawsuits alleging it discriminates against women and resists paying overtime to its employees.

» The company has more than 3,000 stores and offices across the United States and more than 1,000 stores internationally.

» In 1992, President George H.W. Bush presented Wal-Mart founder Sam Walton with the Medal of Freedom, the highest government award given to a civilian.

This paper from Newumann college describes the details of TNCs

Transnational Corporations (TNCs) are business entities that have operations critical to their prosperity in two or more countries. The degree of power or influence these TNCs flaunt around the globe is unquestionable. 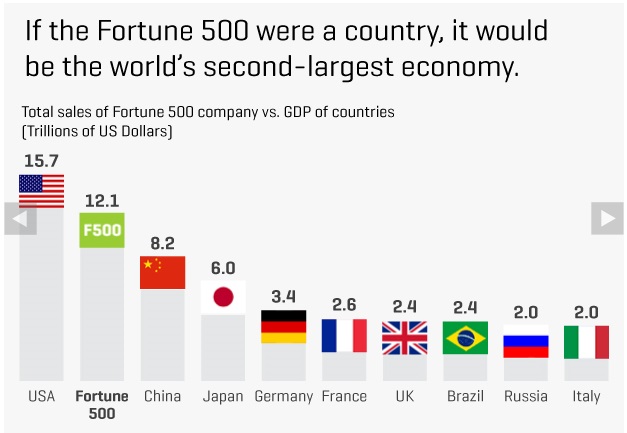 25 US Mega Corporations: Where They Rank If They Were Countries

If Wal-Mart were a country, its revenues would make it on par with the GDP of the 25th largest economy in the world by, surpassing 157 smaller countries.

Use the search box below to search our EbscoHost database, you will need to enter a password which you can find in the Virtual Library on the VLE (Moodle), email Mrs Parfitt ([email protected]) or ask one of the librarians.