A guide to resources on the shrinking world for your IB geography course, compiled by your librarians.

The documents in this box provide statistics of Internet use for both the UK and China.

The statistics may not be directly comparable, for example the UK statistics cover adults but it is not clear who is covered by the Chinese statistics.  They do, however, give some indication of differences and similarities between the two countries.

Broadband plans in China and UK

These two videos look at the plans for broadband expansion from 2013 to 2015 in China and the UK respectively.

Watch the two videos in order to compare and contrast the experiences, issues and aims of the two countries in providing higher broadband coverage, as reported by their local news networks.

This news broadcast explains how China’s broadband strategy aims to speed up the network, lower fees and reach more areas of the country. There is an aim to achieve a minimum of 20% annual growth in the IT sector from 2013 to 2015 with more low income households in remote areas gaining access.

This BBC news broadcast reports that the UK government's plans for 90% of the population to have broadband access by 2015, are running two years behind. The government, however, states that they are not far behind schedule and are expecting 88% coverage by the end of 2015.

Behind the firewall in China

He also talks about the Chinese versions of social networking sites like Facebook and Twitter, the 300 million microbloggers that exist in China and the implications of Chinanet.

What do you think?

Should China have an Internet that is seperate from the rest of the world's Internet?

In your text books...

Do you want to find out more?

Explore the search boxes below to find more resources on this topic. 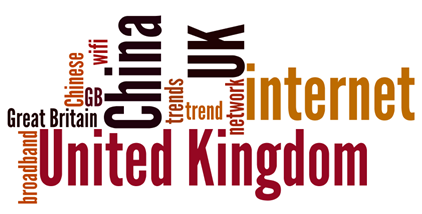 If you would like any help with your research, please ask any of the librarians in the Study Zone or send an email.

Need help?
Read: How to... 'search a database' page or speak to one of the librarians.

Click here to search the NLB catalogue, you will find information on books held in libraries.

If you find books which would be useful for your studies either visit the library or contact us in the Senior Library (email: joana.gloria@tts.edu.sg) and we may be able to request it for you. 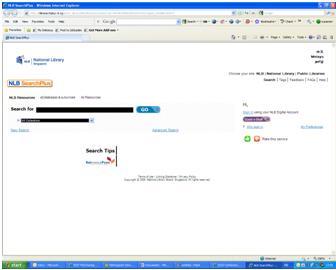