KS3 English - The boy in the striped pyjamas: Author & Book

A guide to 'The boy in the striped pyjamas' by John Boyne, compiled by your librarians. 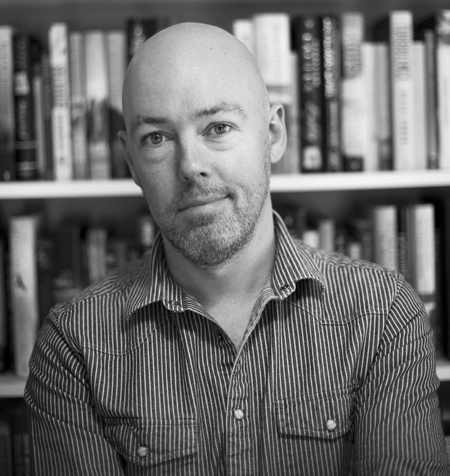 In his own words -

I was born in Dublin, Ireland, in 1971, and studied English Literature at Trinity College, Dublin, and creative writing at the University of East Anglia, Norwich, where I was awarded the Curtis Brown prize.

My early writing consisted mostly of short stories and I published a number of them. My first story, The Entertainments Jar, was shortlisted for the Hennessy Literary Award in Ireland. In total, I’ve published about 70 short stories.

My 2006 novel, THE BOY IN THE STRIPED PYJAMAS, was made into an award-winning Miramax film. The novel itself won 2 Irish Book Awards, the Bisto Book of the Year, and was shortlisted or won a host of international awards. Amongst other accolades, it spent more than 80 weeks at no.1 in Ireland, topped the New York Times Bestseller List, and was the bestselling book in Spain in both 2007 and 2008. Worldwide, it has sold more than 5 million copies.

Watch this short video about books by John Boyne. Includes a preview of the film based on the book 'The boy in striped pyjamas'

The Plot of this book

Bruno is a nine-year-old boy growing up in Berlin during World War II. He lives in a five-storey house with servants, his mother and father and 12-year-old sister, Gretel.

Bruno's father gets a new uniform, his title changes to Commandment and, to Bruno's chagrin, they find themselves moving to a new home at a place called Out-With.

When Bruno gets there he is immediately homesick. He has left his school, his three best friends, his house, his grandparents and the bustling street life of urban Berlin.

His new home is smaller, full of soldiers and there is no one to play with. From his bedroom window, however, he notices a town of people dressed in striped pyjamas separated from him by a wire fence. When he asks his father who those people are, he responds that they aren't really people.

Bruno is forbidden to explore but boredom, isolation and sheer curiosity become too much for him. One day, he follows the wire fence cordoning off the area where these people live from his house. He spots a dot in the distance on the other side of the fence and as he gets closer, he sees it's a boy. Excited by the prospect of a friend, Bruno introduces himself. The Jewish boy's name is Shmuel. Almost every day, they meet at the same spot and talk.

Eventually, for a variety of reasons, Bruno decides to climb under the fence and explore Shmuel's world.

This plot summary from The Age

Motifs from the book - Innocence and childhood

Although it takes place against a backdrop of  war and inhumanity, this is still Bruno’s childhood.  He remains a symbol of hope, of uncorrupted human beauty. In contrast, his sister is quickly indoctrinated by the Nazi propaganda machine.

"When I was a young teenager, I discovered Charles Dickens and his novels have had the greatest effect on me as both a reader and writer. I particularly loved the orphan novels–David Copperfield, Oliver Twist, Nicholas Nickleby—books that began with a young boy left alone in the world, with no one or nothing to rely on other than his own resourcefulness.

Because so many of Dickens’ novels were originally serialised in magazines, Dickens had a tremendous talent for finishing each chapter with a cliff-hanger, forcing me to leave the light on just a little longer to find out what happened next...and next...and next. "
[source]

Accolades for the book 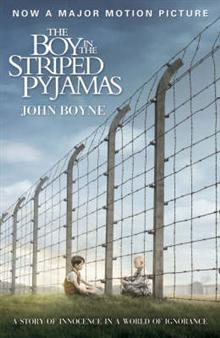 Independent Booksellers Book of the Year;

Longlisted for the Carnegie Medal and the International IMPAC Literary Award

Different thoughts on this book!

to view this Glog in Full Screen! 'Esc' to return

Motifs from the book - Friendship and betrayal

Bruno and Shmuel have much in common. They are both lonely, they both love football,  they both want a friend. Their desire to become friends with one another overrides cultural and racial  boundaries, as well as a wire fence.

When Shmuel ends up working in the house, Bruno offers him a little food. Unfortunately,  he is caught eating it by Lieutenant Kotler. Shmuel looks to Bruno for support, but Bruno denies ever  having met him before, let alone having fed him.