KS3 English - The boy in the striped pyjamas: History

A guide to 'The boy in the striped pyjamas' by John Boyne, compiled by your librarians.

What was the Holocaust ?

"Holocaust" is a word of Greek origin meaning "sacrifice by fire." 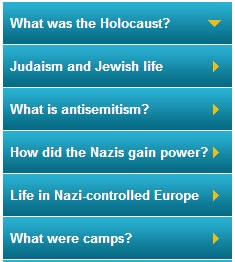 During the Second World War the Nazis sought to murder the entire Jewish population of Europe and to destroy its culture. In 1941 there were about 11 million Jews living in Europe; by May 1945 the Nazis had murdered 6 million of them, 1.5 million of these were children.

We now call these events the Holocaust

The Nazis did not act alone. They were supported and assisted by people from within the countries they occupied across Europe. Most countries stood by while the Nazis and their accomplices carried out the mass murder of the Jewish people.

Jewish life during the Holocaust

The Holocaust claimed the lives of approximately 6 million Jewish men, women, and children.  There were about 1.6 million Jewish children, ranging from infants to teens, living in Europe at the start of World War II. Of these, only about 11 percent survived the war.

Many parents chose to hide their children in order to save them. Unlike adults, children were not required to carry any forms of identification.  In addition, they could easily blend in with the groups of non-Jewish children who became orphans of war. Some non-Jews, motivated by moral concern and good will, risked their lives in order to save the lives of Jewish children. They later became known as "righteous Gentiles.”

Hiding places for Jewish children included convents, boarding schools, and orphanages.  These places were often located far from the children's homes.  Being sent to these hiding places was a terrifying experience for children. Yet, they were aware that they were in danger, and leaving their families and homes would save their lives.

Freda revisits her days in Auschwitz

By watching and listening to survivor testimonies you will be able to gain a greater understanding of the events that took place during the Holocaust and how people survived them.

Please be respectful when listening to the Holocaust survivor testimonies.

Click this image to watch a video of Freda's visit to Auschwitz - Birkenau after 64 years. She talks about her time spent there during the Holocaust. "There are two ways of looking at it" she says.... 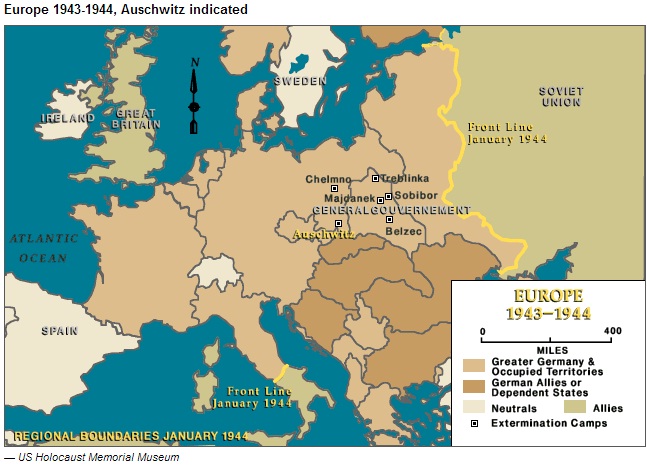 The Auschwitz concentration camp complex was the largest of its kind established by the Nazi regime. It included three main camps, all of which deployed incarcerated prisoners at forced labor.

The camps were located approximately 37 miles west of Krakow, near the prewar German-Polish border.

The rise of Nazi Germany

What is 'The Final Solution'?

How to get rid of the Jews was a question answered by Adolf Hitler. His answer was to murder Jews throughout Europe along with other races that were believed to be sub-humans. This answer was called the “Final Solution,” a solution that started in the summer of 1941 and was believed to answer the “Jewish Question” and create an end to the Jews.

Hitler first explained and thought about his “solution” since 1919. Hitler believed his race was pure, which was the Aryan race. Wanting to protect racial purity, he then thought about getting rid of all Jews throughout Europe, along with other races he believed to be sub-human, including Slavs, Gypsies, Homosexuals, the mentally ill and disabled people. 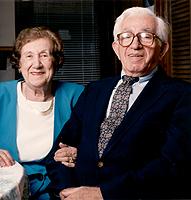 Solomon lived in Warsaw and is the only one of 78 people in his family to survive. Solomon Radasky survived the Warsaw Ghetto and the concentration camps.

The Jewish police one day caught him at work on the railroad tracks clearing snow. When he returned to the Ghetto his mother and sister had been killed. Later his father was shot. When they began the deportations of the Jews, Solomon never saw any of his family again. Someone told him that they saw his sister working at a Shultz's shop. He went to meet her but instead they took him to a death camp and gave him a striped uniform to wear.

Everyday they had to walk barefoot three kilometers to work. One day Solomon was about to be hung, but a soldier came and took him to another camp. He was put to work building railroad tracks. People told him he couldn't keep working because he would be killed, so they led him out of the camp gates. Solomon worked with the people digging sand. They later let the survivors out of the camp. Solomon Radasky survived the Holocaust.

What is the 'Swastika' ? 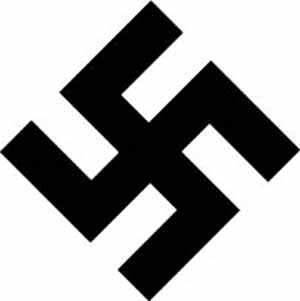 The word "swastika" comes from the Sanskrit

Until the Nazis used this symbol, the swastika was used by many cultures throughout the past 3,000 years to represent life, sun, power, strength, and good luck.

What Does the Swastika Mean Now?

There is a great debate as to what the swastika means now. For 3,000 years, the swastika meant life and good luck. But because of the Nazis, it has also taken on a meaning of death and hate.

The Star of David 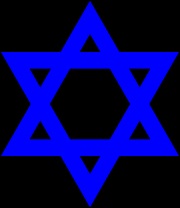 The Star of David is a widely recognized symbol of Judaism, named after King David of ancient Israel, which consists of two interlocking equilateral triangles. According to legend, the Star of David may have originated from the Shield of David (known as the Magen David in Hebrew).

The star has been used to adorn the cover of the Torah, and it is found on Jewish synagogues and tombstones.

INTERPRETATION :  Most frequently, the star is associated with the number seven (derived from the six points plus the center). This number has considerable religious significance in Judaism, which can be noted in several examples including the six days of Creation plus the seventh day of rest, as well as the Seven Archangels of God.

The hexagram is also known as the "King's Star" in astrological circles, and was an important astrological symbol in Zoroastrianism, which may represent the astrological chart at the time of David's birth or anointment as king.