About the artist - Pablo Picasso 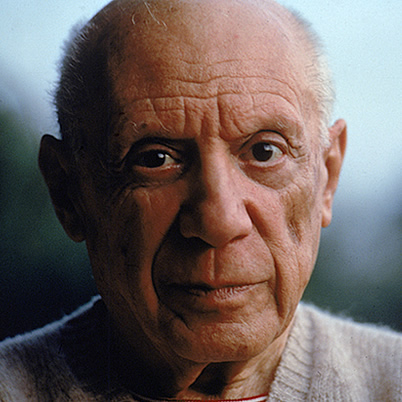 Picasso was a Spanish painter, draughtsman, and sculptor. He is one of the most recognized figures in 20th-century art. He is best known for co-founding the Cubist movement and for the wide variety of styles embodied in his work.

Among most famous Pablo Picasso paintings are the proto-Cubist Les Demoiselles d'Avignon (1907) and Guernica(1937), his portrayal of the German bombing of Guernica during the Spanish Civil War.

Picasso demonstrated uncanny artistic talent in his early years, painting in a realistic manner through his childhood and adolescence; during the first decade of the twentieth century his style changed as he experimented with different theories, techniques, and ideas. Picasso creativity manifested itself in numerous mediums, including oil paintings, sculpture, drawing, and architecture.

Seventy-five years ago, the Spanish town of Guernica was bombed into rubble. The brutal act propelled one of the world's greatest artists into a three-week painting frenzy. Pablo Picasso's "Guernica" starkly depicts the horrors of war, etched into the faces of the people and the animals on the 20-by-30ft canvas.

Guernica (1937) captures the horror of the bombing of the Basque town of Guernica by Germany and Italy in support of the nationalist leader Franco, during the Spanish Civil War.

Hear what people say about the bombing

Hear people describe the bombing of Guernica (Language of video is Spanish).

This video analyses the Guernica from various aspects.