Can I make artwork that shows my thoughts, feelings, cultural background…

These are the milestones of your "IDENTITY" project. This project overview is for you to be aware of the next steps (be ahead of the game.)

How will I be assessed? 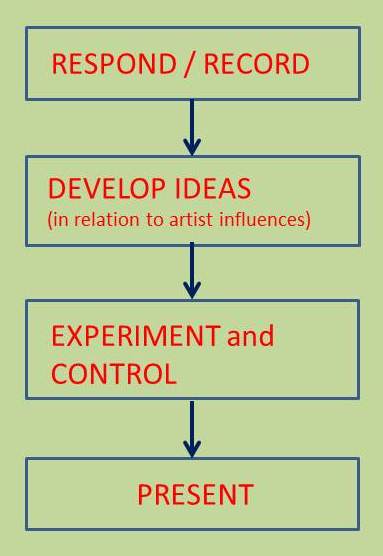 Your success will be measured by these 4 things:

Respond /record – how you respond to the question, how you record real-life experiences, observations and objects. How you collect and organise these things.

Develop ideas in relation to artist influences - How have you used the work of others to inspire and inform you?

Present – Final piece/s. How successful is the artwork in relation to your intentions, supported by a verbal presentation.

How to write an artist statement?

Example of a student’s artist statement

My artwork is in three layers to represent the three things this project was about: myself, my culture and Singapore.  In addition I incorporated text to enhance my work aesthetically and represent my culture.

I thoroughly thought through my life and compacted the key happenings and memories into an autobiography.  This layer would be the background.  To represent myself, I was inspired by the work of Gonkar Gyasto and his ‘Pokémon Buddha’.  I liked the idea of using such a contemporary item, duplicating it and making something aesthetically pleasing.

I personally collect beer mats for no particular reason, I just find them interesting.  I decided to build the silhouette of a footballer from these coasters because football is a big part of my life – although they were reprinted on a smaller scale.  I decided not to include the football on this second layer because on the layer at the front I portrayed my culture or country;

I used the island of Singapore to represent the football and placed it so they would be aligned.  On this dimension I drew out a map of the world and from Singapore, branched out red lines to countries and cities I’ve visited around the world.  I chose red because it’s bold and represents Singapore.