How can we consider it visually?

What is a Singaporean identity ?

Since Singapore separated from Malaysia in 1965, there has been a great deal of concern about national identity. Singapore is made up of  three fundamental ethnic groups - Chinese, Malay and Indian but even within these there is considerable variance. Being a newly created country with no history other than a colonial one, and with inhabitants of different ethnicities the government attempted to create a common Singaporean identity. One of the government's key strategies was to link national identity with racial and religious harmony, encouraging people working together to make Singapore prosperous. This concept also led to development of the HDB housing scheme, the introduction of National Service, and national symbols such as the flag, anthem and pledge.

In the early years the ruling party decided that all Singaporeans should become fluent in English as this would be a neutral language for all ethnic groups and would allow Singapore to build itself economically.  This led most schools and government offices to use English as the medium of communication and has meant that many Singaporeans today are bi-lingual using English and one of the recognised mother tongues - Malay, Mandarin or Tamil. It has also brought the emergence of 'Singlish' - a distinctively Singaporean form of English. 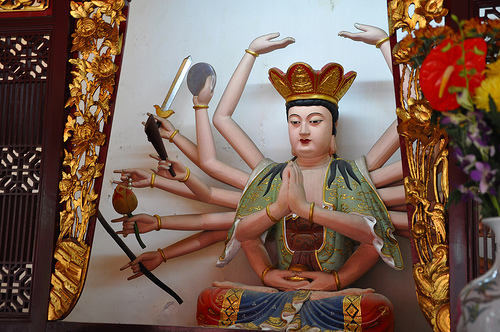 Singaporean leaders have also had to consider how to retain 'Asian roots' in a city state which increasingly interacts with the West and where consumerism and modern, cosmopolitan living are increasingly evident.  To counter this they have developed 'shared values' such as “nation before community and society above self,” “family as the basic unit of society,” and “consensus, not conflict.”

Since the mid 1990 the government of Singapore has encouraged immigration, mainly because of their concerns for the falling birthrate and to help the country’s economic growth. Today foreign workers make up 28 per cent of a total population of 5.3million and their presence has had an impact on Singaporean culture. 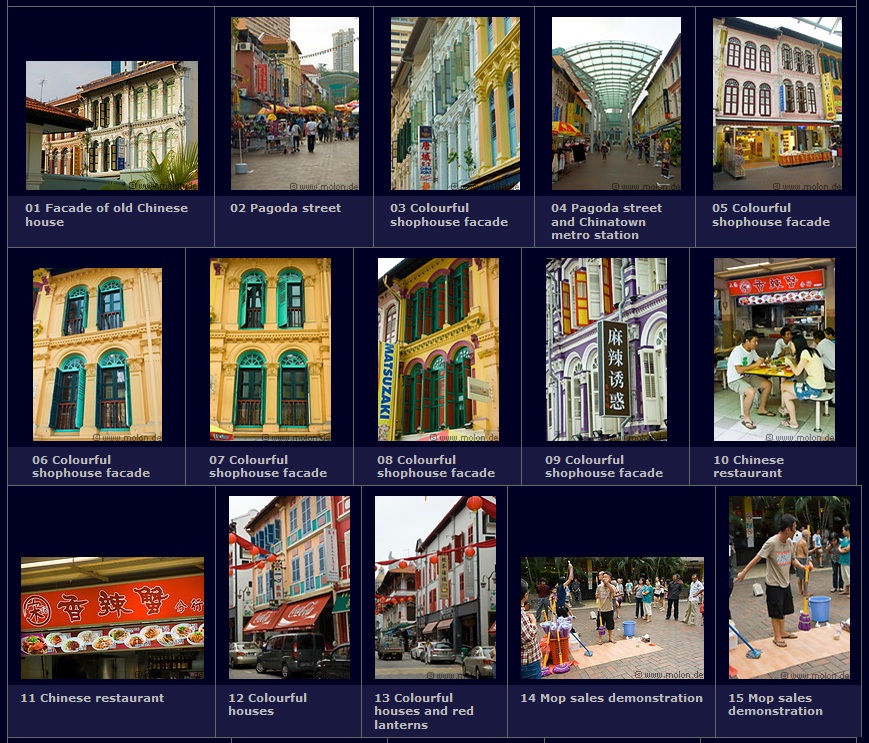 To  see photos of different locales in Singapore click above picture.... 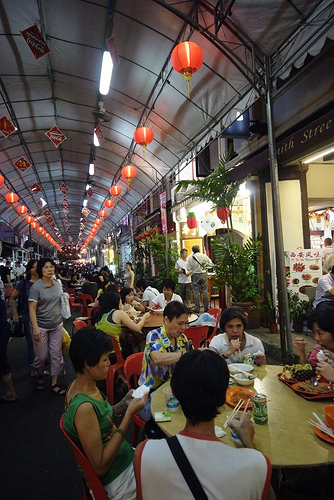 Learn about the history of Singapore 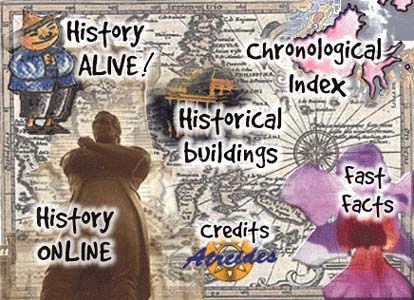 Where is Chinatown in Singapore? 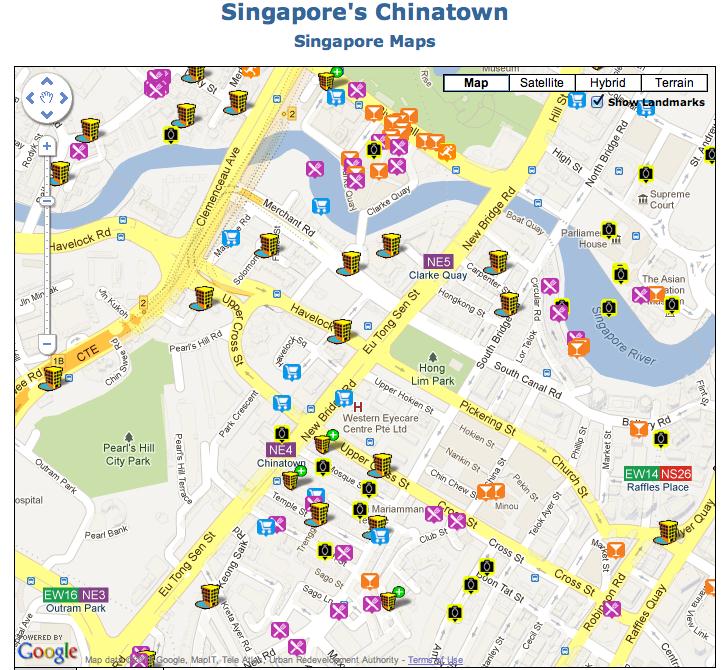 How Chinatown came about? 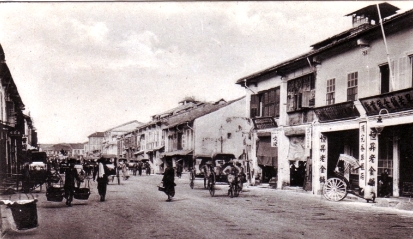 (this image is of North Bridge road)

In 1819, Stamford Raffles (later Sir Stamford) of the British East India Company established a trading settlement in Singapore. When Raffles returned in 1822, he had plans for an orderly city segregated by ethnicity. This vision unfolded in the Jackson Plan of 1822 where four ethnic areas were designated for the different ethnic groups.

The ethnic Chinese were allocated the area southwest of the Singapore River and Chinatown was born. The physical landscape was shaped from 1843 when authorities leased land for development. Click above image to read more

Our student's photos from Singapore's Chinatown 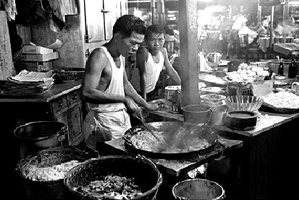 A familiar sight in the 50s and 60s were the myriad hawker stalls that filled Singapore’s streets and alleys. While there’s little argument that these hawkers brought a certain charm to the social and cultural landscape, many stallholders plied their trade under less than desirable conditions.

In 1970, the government began to re-site street hawkers. These hawker centres were equipped with proper facilities for food preparation and cooking, and supported by clean and efficient drainage systems as well as proper sanitation facilities. [From the NEA report on Hawker Management]