A guide to information resources on endangered species for your year 8 Geography 'Cracking Coasts' topic, compiled by your Librarians. 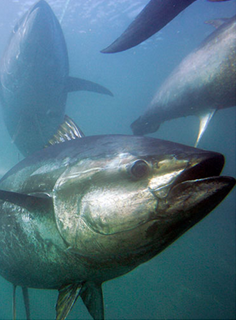 Blue Fin Tuna is a commercially valuable species and several thousand tonnes are caught each year.

Most fish are cold-blooded but tuna and mackerel sharks are warm-blooded: they can regulate their body temperature so they do not need to limit their range according to water temperature.

Find out about Blue Fin Tuna

Look at these links to find out more about Blue Fin Tuna.... 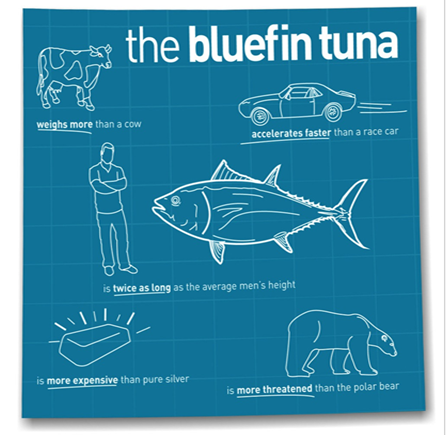 (Source of picture: One More Generation)

Click on the image to see a large version.

This National Geographic video includes information about bluefin tuna and how they are caught by fishermen.

Why are Blue Fin Tuna endangered? 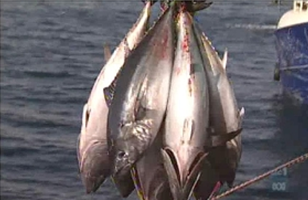 This picture shows Blue Fin Tuna being caught by fishermen.

Explore the links below to find more about the threats facing Blue Fin Tuna.

Cartoon about the overfishing of bluefin tuna 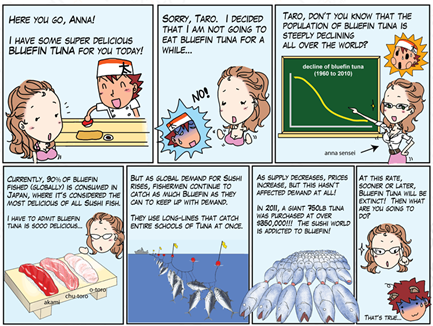 Click on the image to view a larger version of this cartoon about the overfishing of Bluefin Tuna.

This World Wildlife Fund video looks at the crisis faced by bluefin tuna. 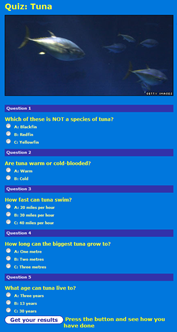 Try this CBBC Newsround quiz to find out how much you know about tuna. 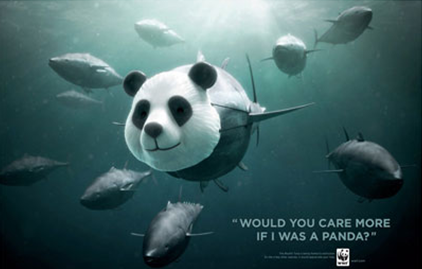 This poster is part of a WWF campaign to protect tuna.

Explore the links below to find organisations which work to help tuna.

Try typing combinations of two or three of these keywords in the search box below to find more information about bluefin tuna.