Find information about Gothic Horror for your Year 8 English topic, compiled by your Librarians.

Here a few ideas of horror books with a touch of Gothic!

Click on the links to find the books in the Senior Library catalogue. 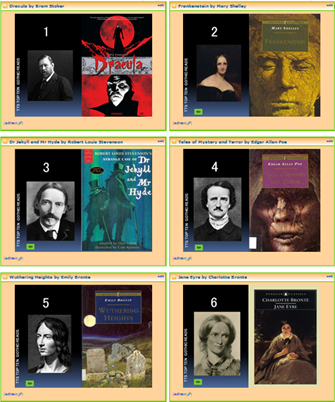 Take part in our poll...

When you choose a horror story, what do you most like it to include....