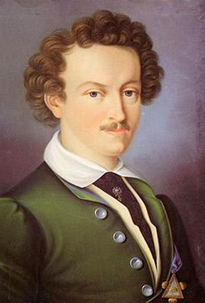 Georg Buchner was born on 17 October 1813 in the Grand Duchy of Hesse-Darmstadt, Germany.

His literary works include an unfinished novel Lenz, translations of two of Victor Hugo's plays, the non-extant play Pietro Aretino destroyed by the woman he loved because of its unorthodoxies, one short romantic comedy (Leonce and Lena), one full-length tragedy (Danton's Death), and one great fragment (Woyzeck).

On February 19, 1837, when he had almost finished writing Woyzeck, Georg Büchner died of Typhus after a 17 day battle with the illness. He was only twenty-three years old.

(Information from University of Miami) 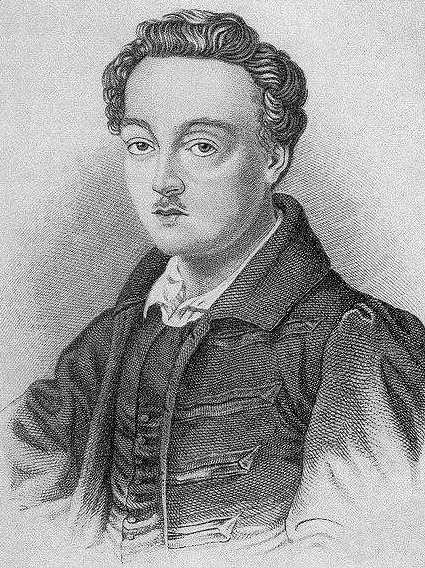 (Picture from Find About)