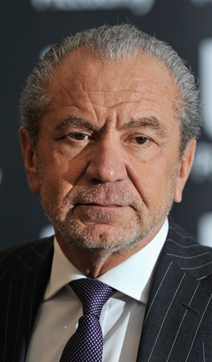 Lord Alan Michael Sugar (born 24 March 1947) is an English entrepreneur who founded Amstrad in 1968.  Amstrad became one of the UK's leading consumer electronics companies, producing innovative, low-priced goods in the 1980s.  In June 1991 Sugar teamed up with Terry Venables and bought Tottenham Hotspur Football Club, he sold his majority stake in 2001 and sold his remaining shares in 2007.  Alan Sugar was knighted in 1999 and became a Member of the House of Lords in June 2009.

Explore these Google Books to find information about Lord Sugar.

Alan Sugar in the News

Explore the Forbes website to find out more about Alan Sugar.

Lord Sugar in The Guardian

Find out more about Alan Sugar