KS3 Drama - The Ramayana: in Asia 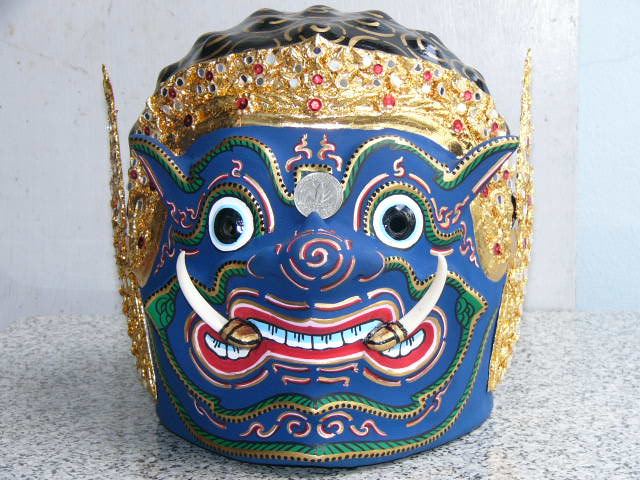 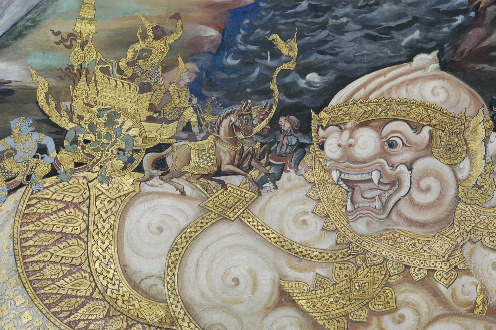 The Ramakian is the Thai version of the Indian Hindu epic written over 2,000 years ago, '' Ramayana ''. Read more here 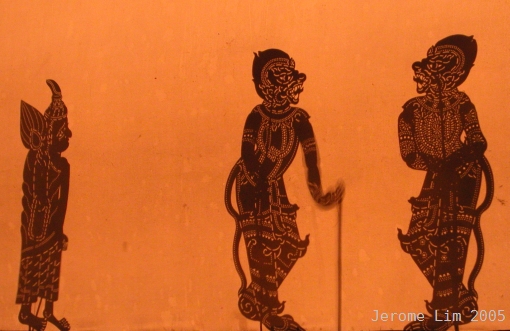 Travelling through much of South-East Asia, one would come across the many forms – masks and puppets being seen throughout much of Indonesia, where the art was thought to have originated from, and Indochina, where it is believed to have taken root since early Angkorian times. This is still seen in Cambodia where the Sbeik Thom shadow puppet play depicts scenes from the Ramayana, and Sbeik Touch, is used to depict plays on daily village life. 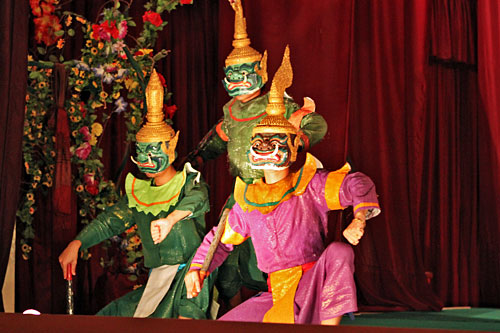 In northeastern Thailand there is a version of the Ramayana entitled Phra Lak Phra Lam which is the same story and title found in Laos. The people of these regions speak the same language, have similar customs, and enjoy the same literature. There are three versions of the Phra Lak Phra Lam and local legend has it that two of them were told by Buddha himself. 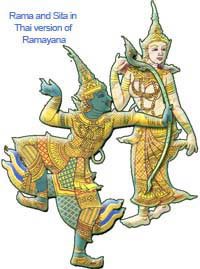 Ramayana has also captured the imagination of many other cultures beyond its origins in India. In Southeast Asia, scenes from the Ramayana can be found in places ranging from Prambanan, a 9th-century Hindu temple compound in Yogyakarta in central Java, Indonesia, to the magnificent 12th-century Angkor Wat in Cambodia.
source

Ramayana in Prambanan in Indonesia 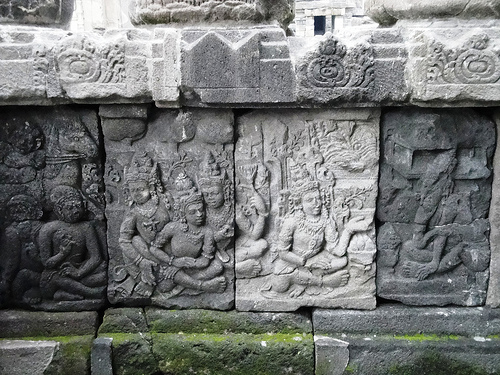 Kakawin Ramayana is an Old Javanese rendering of the Sanskrit Ramayana in kakawin meter. It is believed to have been written in Central Java (modern Indonesia) in approximately 870 AD during the era of Medang Kingdom. Kakawin Rāmâyaṇa is a so called kakawin, the Javanese form of kāvya, a poem modeled on traditional Sanskrit meters. 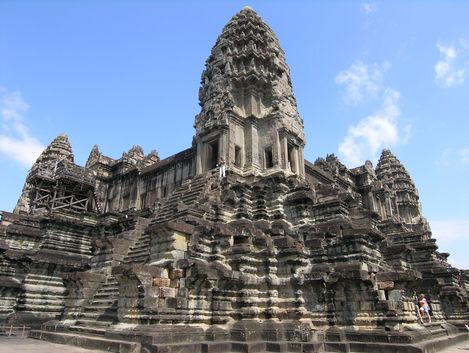 The Reamker is the Cambodian version of the Ramayana. There is evidence of the importance of Rama's story in Cambodian culture that dates to the 6th century AD. The earliest references to the Rama story are found in temple iconography and epigraphy. During the medieval centuries several versions of literary texts entitled Ramaker were written. Today we see evidence of the Ramakerti in oral tales, visual, and performing arts, especially classical dance of the Cambodian court. The bas-reliefs of Angkor Wat depict many episodes of the story of Rama. In fact, we can see in the iconography Indian ideas were adapted to the local culture when Agni, the Fire God, rides on a rhinoceros in Cambodia rather than a ram as in the Sanskrit Ramayana. This is probably due to its fiery temperament and that it is native to Cambodia. 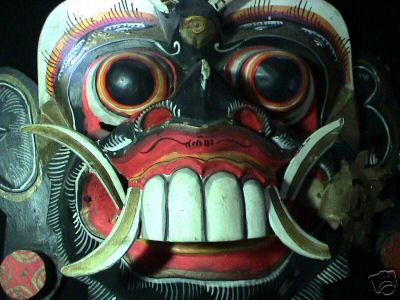 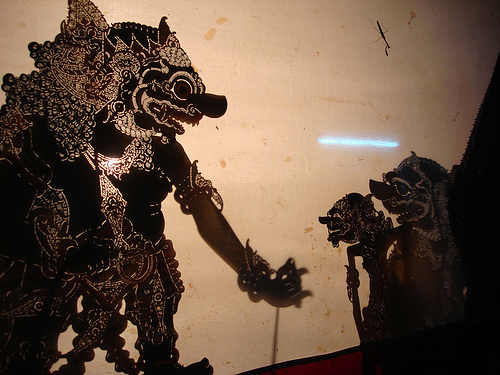 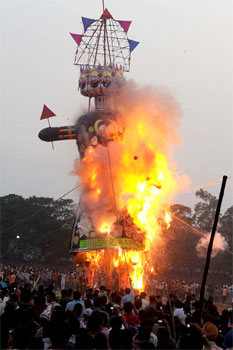 The effigies of Ravan and his kinsmen first began to be burnt during the reign of Bahadur Shah Zafar (1837-1857), but the Ramleela had its own charm in the days of Mohammad Shah (1719-1748). Read full article HERE about the Ramleela celebration.