KS3 Drama - The Ramayana: What is Ramayana?

Ramayana is a compound word - Rama + Ayana. Aayana means journey. Ramayana means the journey of Sri Rama. Yet another interpretation suggests that Ayana means abode and Ramayana literally means ‘the abode of Rama.’

The Ramayana is perhaps one of India’s greatest reflections on what the ideal man and woman, brother and sister, wife and husband, friend and king should be. 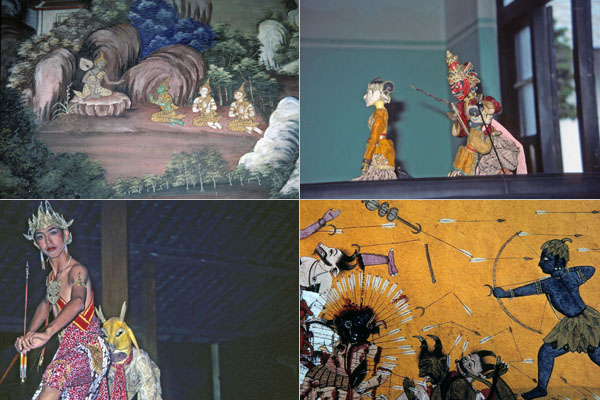 Epics are timeless, ageless and beyond any boundaries.

Ramayana is relevant to everyone. Its story, morals and values are useful for all.

It consists of 24,001 verses in six cantos; some say seven. As with most traditional epics, since it has gone through a long process of interruptions, it is impossible to date it correctly. 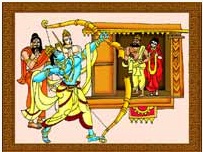 Read an illustrated version of the Ramayana from the link above...

Read a brief version from the British Library link above 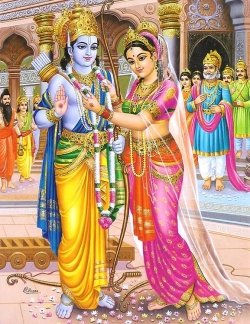 With numerous heroes and villains and its powerful feel-good message of good triumphing over evil, the Ramayana has been one of the great epic poems of Indian culture for centuries. Originally attributed to the Hindu Sanskrit poet Valmiki, who lived about 400 B.C., the story has been retold and adapted over time by poets, scholars and everyday storytellers. 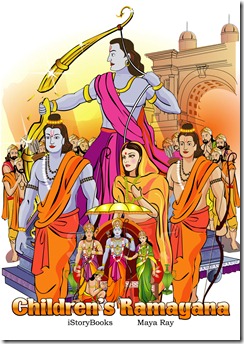 The origins of Ramayana are linked with the religion known as Hinduism.

If the Indus valley civilization (3rd–2nd millennium bce) was the earliest source of these traditions, as some scholars hold, then Hinduism is the oldest living religion on Earth...read from the Encyclopedia Britannica

Hinduism is based on ancient texts known as the Vedas, as well as prehistoric animist religions which existed in the Mohenjo Daro civilization. Indian people commonly refer to Hinduism by the more traditional phrase Eternal Religion (sanatana dharma) and the religion is as wonderfully complex as it is colorful. Read more here

It is important to know that there is not one Ramayana in India. In reality, the original composition in Sanskrit by Valmiki is left over with the elderly citizens and rarely read these days. The most common Ramayana’s are in the vernacular Indian languages. For example, the Ramayana of Kamban, written in Tamil in the eleventh century win through in south India; in north India it’s the Ramayana of Tulsidas, called the Ramacharitamanasa is been celebrated. Even among the Hindus living in far-flung places of the Indian Diaspora, such as Fiji and Trinidad, the Ramacharitamanasa is the devotional text of Hinduism par excellence.

Sections or 'Kandas' of the Ramayana

The narrative is broken up into seven books, as follows: