Background to the Hiroshima bombing

This section of the Libguide looks at the background to the bombing and the events which led to the decision being made to drop the bomb.

Click on the tabs for this section or click the links below to find Extended Information and Higher Level Information for this topic.

This BBC video shows Japanese soldiers and civilians alike being trained to attack American troops. Truman offers a fateful ultimatum at the Potsdam conference - All hope of reconciliation seems lost.

Why was the bomb dropped on Hiroshima? 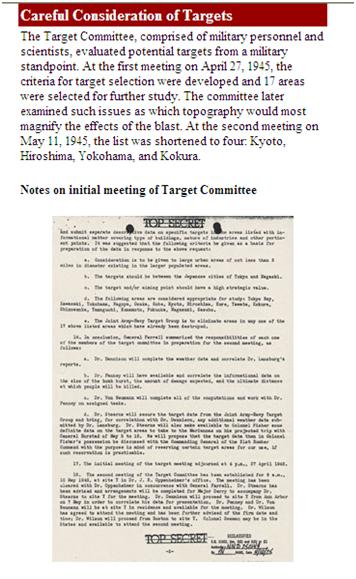 Click on the 'Why was the bomb dropped on Hiroshima?' link below to find a website which examines the reason why Hiroshima was chosen as the target for the bomb.  The site includes links to a number of primary sources, such as notes from committee meetings (like the one above).  You can also see a map of the locations where the dummy bombs were dropped.

Background to the bombing 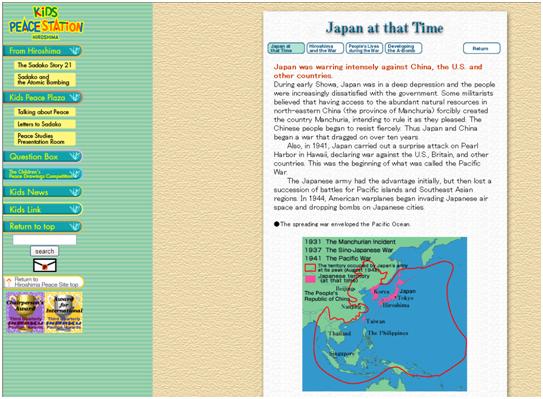 This 'Kid's Peace Station' website includes background information on the bombing of Hiroshima.

The decision to drop the bomb 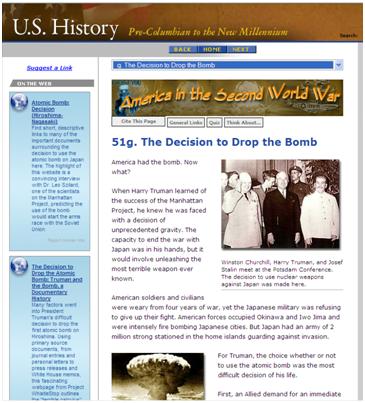 This website looks at the events surrounding the decision to drop the atomic bomb.

History of the Atomic Age 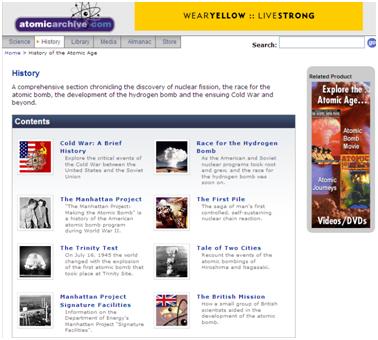 This website gives a history of the atomic bomb, chronicling the discovery of nuclear fission, the race for the atomic bomb, the development of the hydrogen bomb and the ensuing Cold War and beyond.